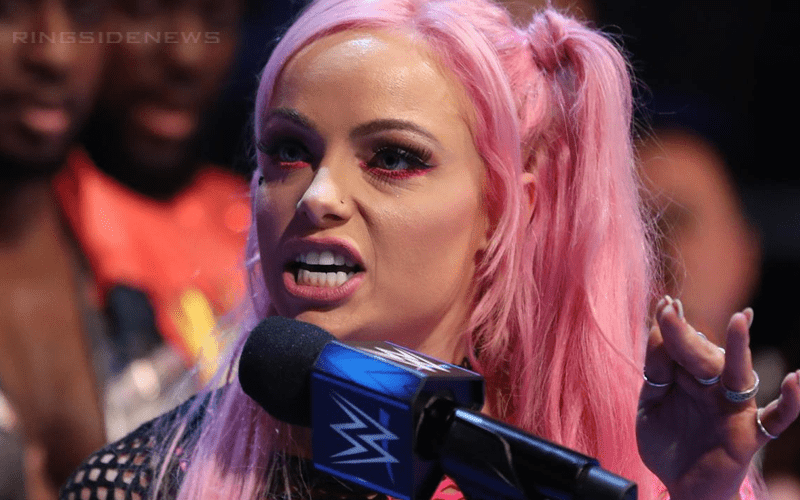 Liv Morgan hadn’t been seen at all on WWE television since her move to SmackDown Live during the Superstar Shake-Up. However, that changed last night in a big way.

Morgan not only got mouthy with Charlotte Flair, but she also got a short match with The Queen. Liv might not have won the match, but afterward she got a chance to cut a very short, yet noteworthy promo on Corey Graves’ headset. Now it appears Liv Morgan could be in for a big change.

Ruby Riott might be out of action healing up her shoulders, but she was watching as her good friend and former Riott Squad associate Liv Morgan got a spotlight on SmackDown Live. She was obviously very happy for her.

You can check out a clip of Ruby Riott’s reaction below that she uploaded to her Instagram story.