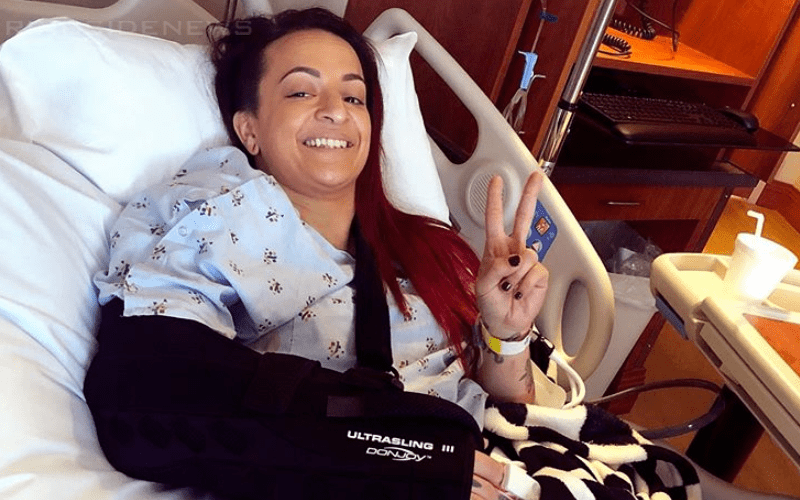 Ruby Riott is now out of action after having a shoulder surgery, but she’s not done. Riott will need both of her shoulders repaired this time around.

The former Riott Squad leader seemed to be in good enough spirits about the entire ordeal. Hopefully she will be able to get right into rehab and back on track for a return.

She posted a picture of herself fresh out of surgery with a big smile on her face to let us know that she’s doing okay.

One down one to go