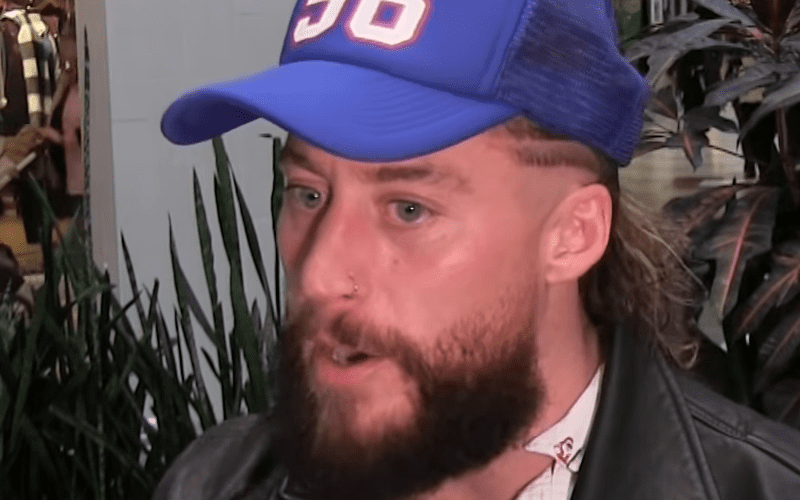 Enzo Amore was fired after a tweet went viral. It was later proven that he did not sexually assault anyone, but it still cost him his job with WWE.

While speaking with Talk Is Jericho, NZO revealed that WWE tried to call him about a return to the company. NZO said he was in a different “head space” at that point and he had no interest in returning. This was prior to his big Survivor Series stunt that saw him getting whisked backstage.

“So, they had called me a week before, bro … somebody called me from WWE, and it might have been Vince. It was the office’s number plus one. So that’s the first number outside the generic office’s number, I don’t know who it is. Maybe they’re calling me to tell me, ‘Hey, we’ve got some copyright issues’ or something. Or maybe they’re calling me to bring me back or something. But I had a few people in the office contact me about a month prior about coming back. Would I interested, or where my head [was] at. [I was] like, ‘Hell no, I’m in a different headspace, I’m not trying to come back.’”

“I had bought Survivor Series tickets, that second-row seat about a month and a half prior, so I knew I was doing it. So by the time they called me, it was, ‘Do I answer this call, or do I show up at their PPV?’ And I knew, like I said, I wanted to book myself back into pro wrestling, and I wanted to be the nWo. But how do you do that in 2019 and make it real, and make it interesting, and make the world buzz? Well, let’s throw a wig on. [laughs]”

You can never say never in WWE, but it doesn’t seem like Enzo Amore has changed his answer about coming back. He is having a good time working with his community and appearing at indie shows that book him. It will be interesting to see what 2020 has in store for NZO, but a return to WWE certainly isn’t guaranteed.