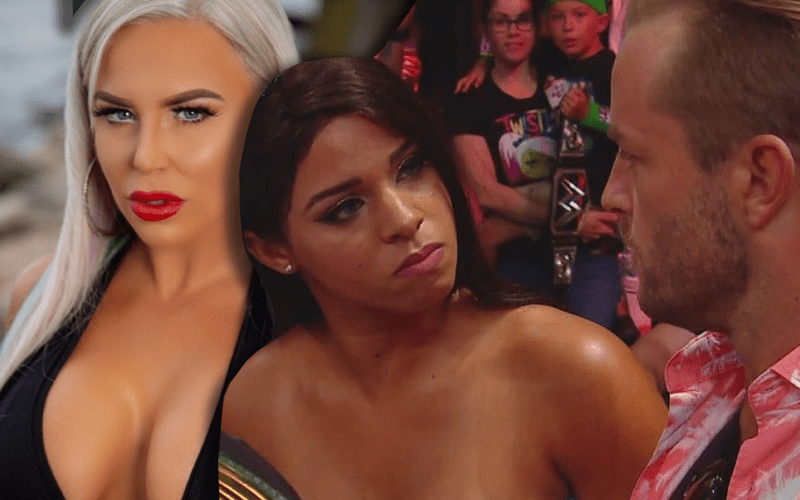 Dana Brooke and Dave Bautista seem to be an item now. At least their Twitter timelines have given us that hint. This might not matter much to Drake Maverick.

The former WWE 24/7 Champion tried to pick Dana Brooke up this week on Friday Night SmackDown. This led to Corey Graves making a joke about Batista after Brooke shut down Maverick’s advances. In the process, she asked him if he was married to which he replied: “It’s complicated.”

Brooke had to shut down Drake Maverick once again on Twitter. This time Renee Michelle noticed. She sent out an animated gif saying “Bruh” along with some disapproving emojis. Maverick tried his best to salvage things by replying:

Sure, it was “fan boys” who were stirring the pot for Drake Maverick. It’s a good thing Dana Brooke’s new man is already retired or Maverick might be in for a Batista Bomb.