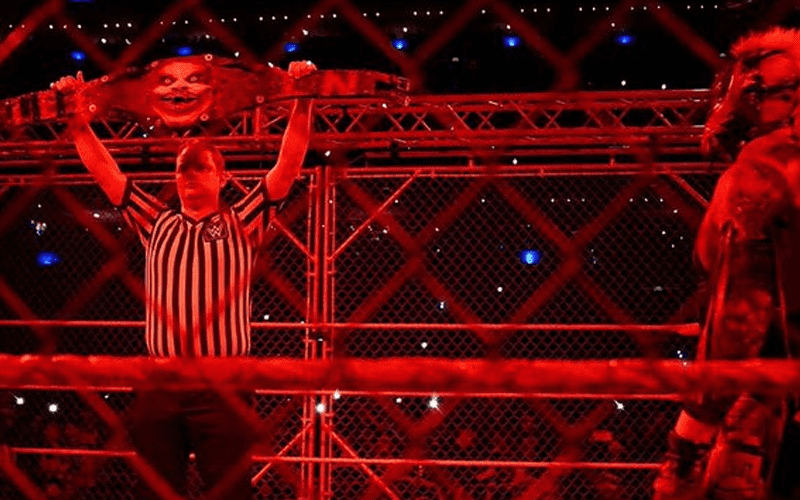 Bray Wyatt debuted a new title for The Fiend this week on Friday Night SmackDown. This was supposedly the “new face” that WWE was promising fans.

It didn’t take WWE long at all to put the new Fiend title on their official shop. The fan backlash over the price of the $6,499.99 title was pretty noteworthy, but WWE has their reasons for selling such a pricey item

During WWE’s live event in Mexico City, Bray Wyatt defeated Rey Mysterio in a steel cage match via escaping the structure. As he made his way to the ring, Wyatt’s Fiend had that new title around his neck.

You can check out a video of the title below. It works pretty well during The Fiend’s entrance and adds another dynamic of creepiness to everything for sure.