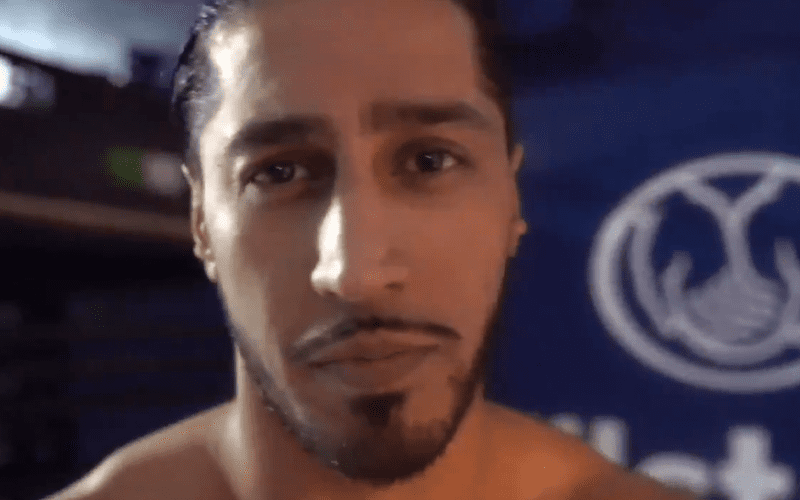 Triple H will often take photos with Superstars that he wants to push. It is a sign that they have earned his approval. Mustafa Ali doesn’t expect to be in that spot any time soon.

Before Survivor Series, Mustafa Ali cut a promo about not belonging. He said he’s been told that he doesn’t belong for his entire life. People told him he doesn’t belong in this ring and in this country. He’s not going to take that from King Corbin either.

The Chicago native is performing in front of his hometown at Survivor Series. He is certainly pumped and motivated to take this opportunity that was given to him. He previously stated that 2019 did not turn out the way it was supposed to for him. Now he can close it on a high note.

Mustafa Ali might not be any one’s “pet project” as he put it, but that won’t keep him from going out there and giving everything he has at Survivor Series.

You can check out his passionate promo below that he released on his own social media platform, but WWE did later retweet it.