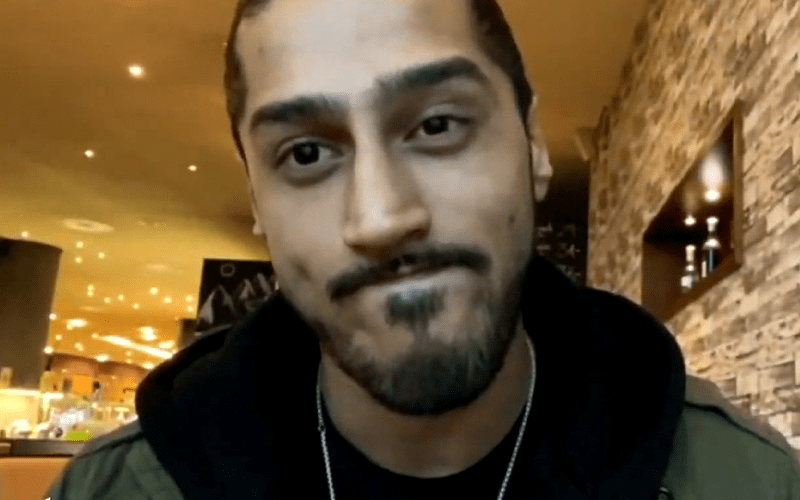 Kofi Kingston was never supposed to become WWE Champion at WrestleMania. He filled in for Mustafa Ali at the last minute and KofiMania erupted from the WWE Universe. It’s hard to say if Ali would have received the same reaction from fans as Kofi did, but we will never know.

WWE The Bump spoke to Mustafa Ali live via satellite from Switzerland. WWE’s main roster is currently touring Europe, but Mustafa Ali took some time to discuss his year so far.

Ali is ready for Survivor Series, but he had to admit that his 2019 was defined by an ill-timed injury that took him out of a big spot he was ready to excel in.

“This year was supposed to be something more than it’s been. I felt like my year’s been defined by a really unfortunate injury that kinda derailed a lot of things for me.”

“Earlier this year I was supposed to be in the Elimination Chamber match. I suffered a pretty serious injury that took me out for almost a month and with that came KofiMania, you know?”

“I’ve said this so many times. I’ve got all the love and respect in the world for Kofi. The way things went down, I don’t think it was an accident. I think it was fate, but as a performer it’s unbelievably hard to sit down and watch someone take your spot, you know?”

“I’m not comparing myself to him by any means, but at the same time I know what I’m capable of and what I would have been able to do at the Elimination Chamber. The fact that that moment was taken away from me and I haven’t really — in my opinion, I haven’t really been able to stand up from that… yet. Survivor Series is hopefully my night to turn all of that around.”

Mustafa Ali has been featured in some prominent spots in recent memory from Team Hogan at Crown Jewel to now the Survivor Series elimination match. We’ll have to see what 2020 has in store for Ali, but he’s ready to rebound in a big way.