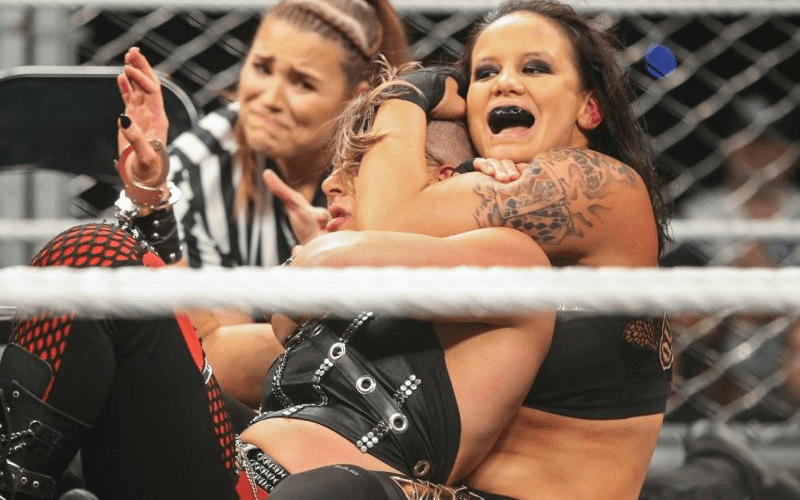 Shanya Baszler’s appearances on RAW and SmackDown during the build toward Survivor Series worked like a charm. She seems like a natural fit for the main roster and fans aren’t the only ones who think this.

WWE could have changed their plans for Baszler since there is so much competition on Wednesday nights. Dave Meltzer spoke about The Queen Of Spades’ main roster call-up during Wrestling Observer Radio where he said she’s definitely wanted.

“I think every hint that I have of later, it’s not like directly told — but, I absolutely have gotten hints about a lot of different things it still seems to indicate to me that Shayna’s wanted on the main roster.”

This could be a very interesting time for Shayna Baszler. It will be interesting to see how WWE might debut Baszler on the main roster and which brand she will wind up on. If she’s around by the time Ronda Rousey makes a return that could also present another exciting possibility to see two of MMA’s Four Horsewomen clash in the ring.

There are a lot of possibilities for Shayna Baszler in WWE, but the company needs to call her up first.