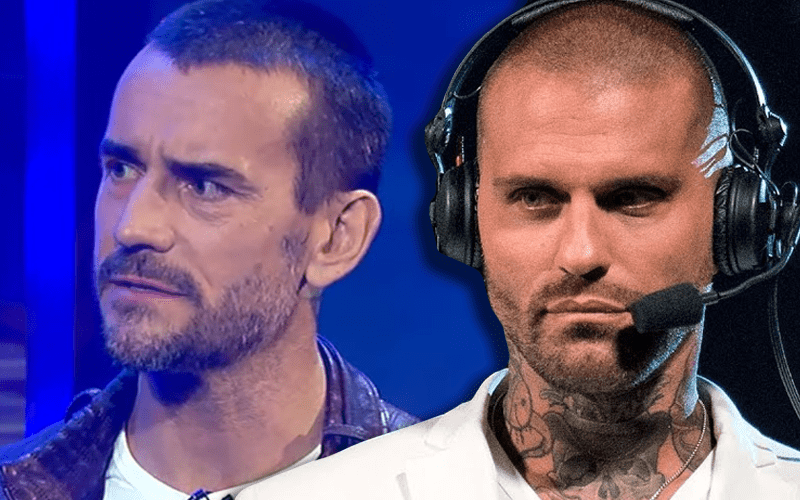 CM Punk surprised a lot of people with his first appearance on WWE Backstage. This was followed up by a longer appearance this week where he really had a chance to speak his mind.

Corey Graves recorded After The Bell before CM Punk was able to unload about his opinions on WWE’s current product.

Graves has been quite open about losing touch with CM Punk as well. He was shocked and did not know exactly what the Second City Savior would be doing on WWE Backstage as he explained on his podcast.

“What better way than to get the man who’s name is still chanted in arenas worldwide. One of the most controversial superstars ever in our business, CM Punk, back on WWE’s backstage as a periodic reporter? I’m not entirely sure what the role is. I’m sure by the time this airs, he will have been on and the world will know significantly more than I do at this point.”

“This, of course, has fueled rumors and speculation plenty – is Punk coming back to the WWE fold? Is he going to compete again? Punk himself has said that he’s not interested in wrestling anymore,” Graves continued. “But as his appearance alone proved, you can never say never in the WWE.”

CM Punk won’t be on WWE Backstage every single week, but we’ll likely see enough of him so that Punk can continue making a big impression. He doesn’t seem interested in wrestling again, but you can also never say never in WWE.