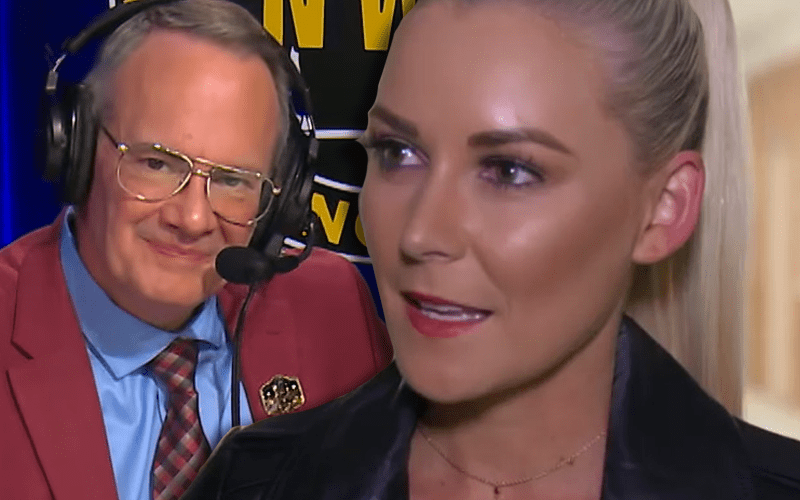 Jim Cornette is no longer employed by the NWA after he made a racially insensitive remark. We’re not sure what is next for Cornette, but he shouldn’t be expecting a call from Fox.

We previously reported that Paige shut down the idea of having Jim Cornette on WWE Backstage. It turns out that Renee Young is in agreement with Paige as she replied back with a “hard no.”

Lol hard no over here bud.

Jim Cornette still has two podcasts so his “Cult Of Cornette” will still get to hear him. That might be his only platform in the foreseeable future where you can find Cornette.