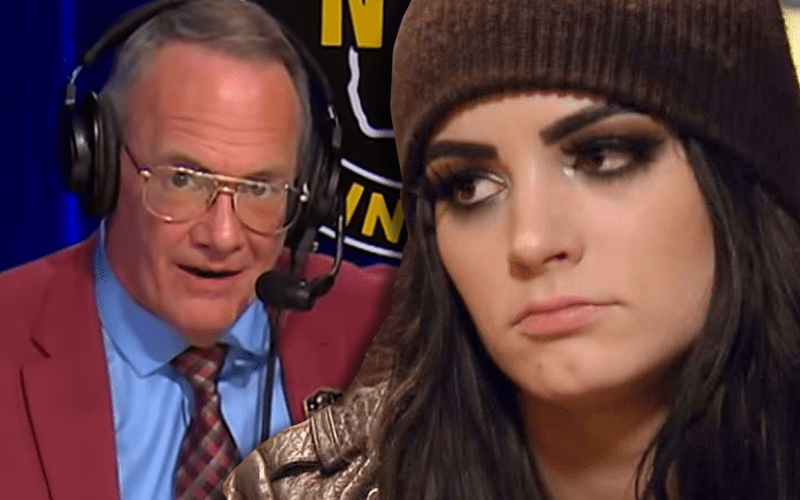 Jim Cornette resigned from his position as announcer for NWA Powerrr today. This came after Cornette used a racially insensitive line on commentary and a huge controversy was sparked.

NWA needed to take down their newest episode of Powerrr and make a quick edit muting that line from Cornette. Since then several fans have spoken up wondering how that line made it into the show in the first place.

One fan suggested that Jim Cornette join WWE Backstage for an interview. Paige saw this and had a very simple reply.

It seems that Jim Cornette will go back to being exclusively heard on his podcasts. We’ll have to see if he ever gets an invitation to appear on WWE Backstage, but it doesn’t sound likely.