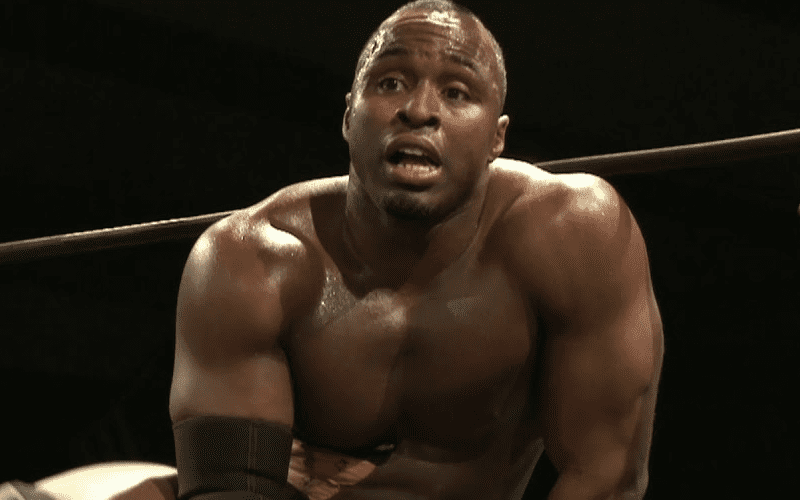 Jordan Myles had a big issue with a t-shirt that WWE released for him. The merchandise looked a bit like blackface makeup and it was taken down before any shirts were sold, but he was still very upset.

Myles started an online movement and said “WWE doesn’t care about black people.” A couple of weeks later, he released a profanity-filled video saying that he quits WWE and that Jordan Myles is his slave name.

During a Twitter Q&A, Myles was asked if he’s moved on from WWE. Myles had a very interesting response.

We had heard that he was fired from WWE, but either way it doesn’t sound like he’s going to be making his way back to the ring in WWE any time soon. This is a shame because WWE had some big plans for him, but things obviously didn’t work out.