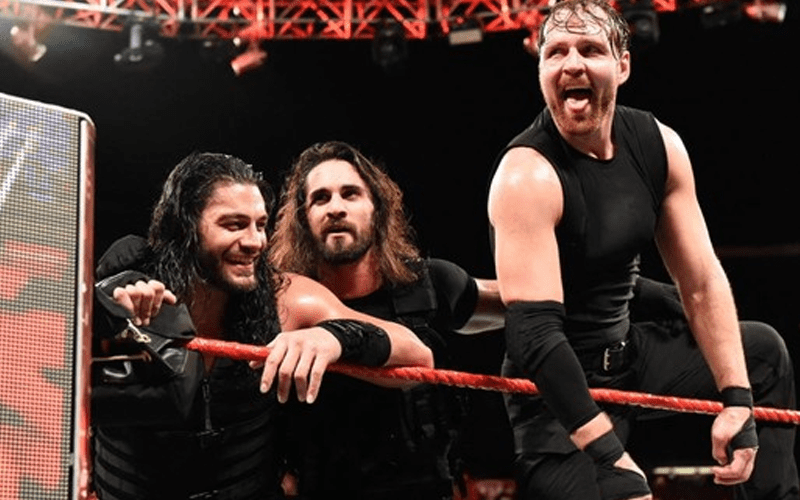 Jon Moxley is on his own in AEW now, but his career in WWE started out as a part of The Shield. Alongside Seth Rollins and Roman Reigns, Moxley tore it up as Dean Ambrose. They might have done too good of a job at destroying their opponents.

During Starrcast IV, Jon Moxley talked about The Shield’s emergence in WWE. He revealed his favorite incarnation of The Shield while discussing some classic advice that CM Punk gave the Hounds Of Justice.

The Shield wanted to make sure that they were taken seriously so they laid in the beating on anyone who crossed their path. This worked to get them over, but apparently there were a few people backstage who didn’t appreciate taking such a massacre.

“It was a much different locker room back then. Guys didn’t get opportunities as much and if you were in FCW your chances of getting out and getting a spot were slim and if you did end up being successful at it and not getting buried or swallowed up really quickly was slim. You had your top guys like your Cenas and Ortons and them, but for new guys to come into the mix was pretty rare.”

“We really had an all for one and one for all mentality. I was like ‘I don’t give a f*ck I’ll f*cking fight anybody on live TV if they f*ck with my guy or try not to sell to us, I was like ‘this is our only shot.'”

“So we were like f*cking busting people’s… I’m swearing too much, I apologize… it’s just how I talk. I can’t not swear… but we were like bloodying people’s noses and blackening [eyes] — people were getting upset about it. There were people who were complaining about it — I won’t mention any names — but they didn’t like it. We were also told to keep doing it because it created a good atmosphere, but then once we started having these matches then people started to want to work with us. They were like ‘Oh sh*t.'”

“But for the first few weeks people were giving us dirty eyes and dirty looks like ‘These new f*cking Shield guys… f*ck them.'”

Moxley obviously didn’t give a f*ck that so many WWE Superstars were saying “f*ck those new f*cking Shield guys” in the locker room.

It obviously helped elevate Ambrose, Reigns, and Rollins to a new level. Fun fact: even though Moxley isn’t a part of WWE anymore, he’s still getting his royalties because he left the company the right way.