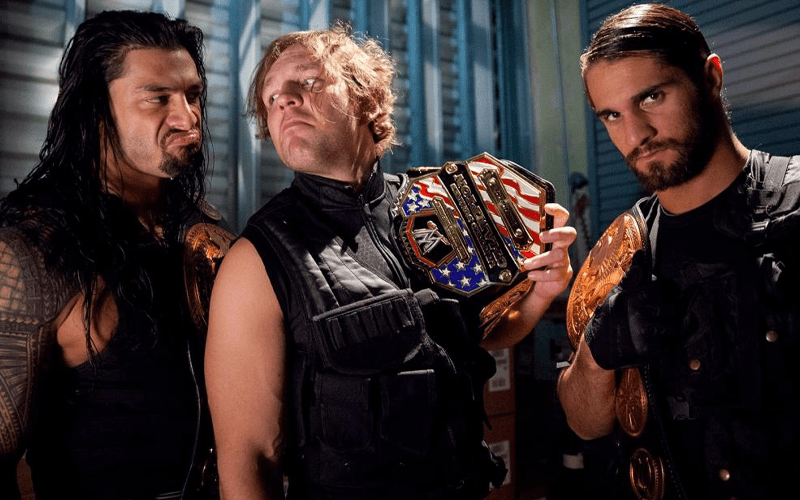 Dean Ambrose, Roman Reigns, and Seth Rollins entered the WWE Universe at the same time as The Shield. The Hounds Of Justice went through different phases, but Jon Moxley has one that he prefers.

While speaking at Starrcast IV, Mox revealed his favorite incarnation of The Shield. He liked the version of the faction that just “beat the sh*t” out of people. They even adopted their own style of “six man mayhem” to get the job done.

“As far as three singles wrestlers in a group I don’t we ever got there where we were our own characters and we all just happened to be in a group together. Like, the Shield was always its own character. It was like a three-headed dog character.”

“The version of the Shield that I liked the best was the early on Shield where we just three on one everybody, beat the sh*t out of everybody. All that, that was kinda our ideas too the way we structure matches so every time we’d always be two on one somebody. As soon as somebody would take someone out then the other guy would be back on so we developed this whole style of six man mayhem that we kinda came up with and perfected on our own.”

“The people started to like it because we were just three young dudes beating the sh*t out of everybody so they liked it.”

The Shield took no prisoners while they were a stable. This led to them eventually splitting up after they defeated everyone in their way.

The Hounds Of Justice got back together for a couple of shorter reunions, but different things kept getting in the way. If you ask Jon Moxley, nothing can compare to the days when they were fresh and hungry and just laying in a beating to anyone who crossed their path.