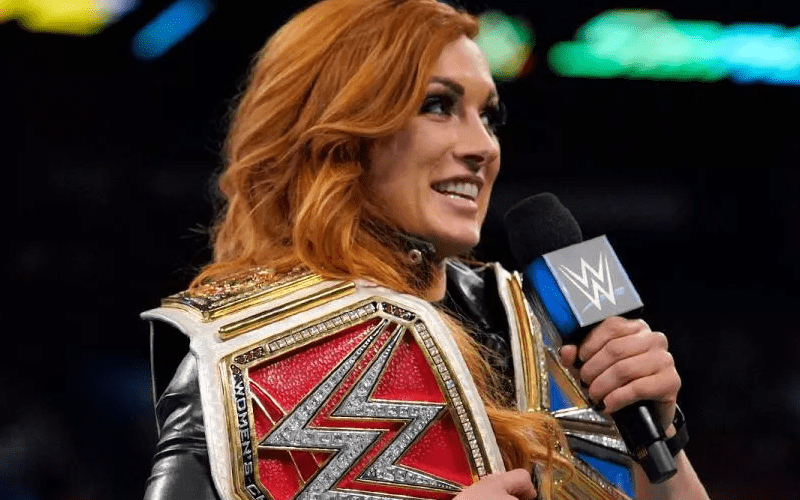 Becky Lynch was “Becky Two Belts” coming out of WrestleMania, but she dropped the SmackDown Women’s Title a short time later. She is still the Raw Women’s Champion and obviously proud of how she was able to elevate the title.

While speaking to Sam Roberts at Ringside Fest, The Man was asked if she would go for the Universal Title next. She said that she doesn’t need to because the Raw Women’s Title is the top title in the company already.

Becky Lynch is still carrying the Raw Women’s Title proudly. She doesn’t seem to have a challenger for her title yet, but there is a big championship triple threat match set for Survivor Series that she wouldn’t have been included in unless she was holding the top women’s title on the red brand.