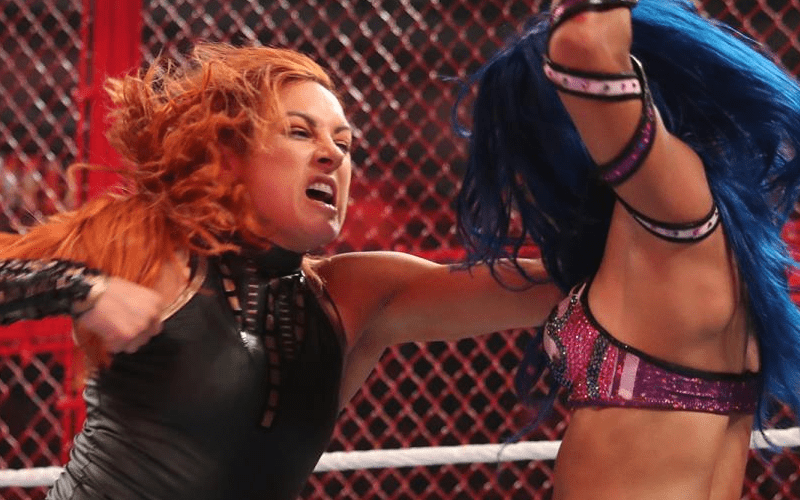 Becky Lynch is The Man and she doesn’t want anyone to forget about it either. She’s also looking for the credit that she deserves.

While speaking to Sam Roberts at Ringside Fest, Becky Lynch reacted to Sasha Banks taking credit for their successful Hell In A Cell match. This did not make Becky Lynch very happy to hear and she cut quite a promo on the subject.

We’ll have to see if Becky Lynch does start getting some credit. In the meantime, she is still Raw Women’s Champion and that is a title she’s likely to hang onto at least for a couple more months considering the fact that her schedule is already booked for Survivor Series.