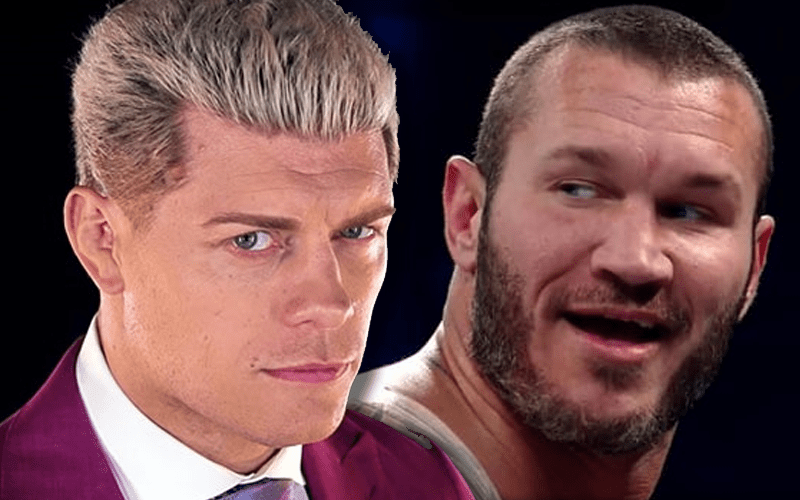 WWE has a few Superstars on their roster who really want out of the company. Unfortunately for them, the company doesn’t seem to be handing out releases. Others will tweet hints about AEW interest to drive up their own price tag.

During Starrcast IV, Cody and Brandi Rhodes were asked how they feel about WWE Superstars using AEW to get bigger contracts from WWE. Cody said that he loves it as Brandi Rhodes expanded on her husband’s opinion.

“I encourage it honestly, because if they’re feeling any way where they’re starting to tip… people who do this they are all very talented people and they have big followings and stuff like that. Why not do something? Don’t do nothing. Do something to showcase, ‘Hey, this is how I’m feeling. There are these other options.'”

“I don’t mind that. Sometimes I know what they’re doing when they do that and I’ll give them that little bit back because it’s okay.”

Cody then interjected that pro wrestling is a family, no matter what company someone works for. That being said, he is more than happy that AEW is being used in this way because it is the best thing for the business.

“I’ll say this, we’re — as wrestlers — we’re brothers and sisters as wrestlers, we really are. It doesn’t matter what roof we’re under. The wrestling industry when you compare it to other forms of comparable influence like popular TV where they’re paid so much and they’re unionized and they have so much to protect and safeguards.”

“One of the most exciting things about AEW is we’ve been able to raise the entire payfloor for the entire industry. So that if Randy [Orton] wants to take a dumb photo on an elevator and tag people he doesn’t even know in it and if [WWE] is dumb enough to buy it and they pay him a certain amount… good for Randy Orton, you know what I’m saying? He’s a good guy he’s got like 20 kids now, I love him… I love Randy. I never got to beat him, dammit.”

You never know who might eventually end up in All Elite Wrestling. After Randy Orton signed a five year deal with WWE it looks like Cody Rhodes will have to wait a lot longer to get another shot to defeat The Viper.