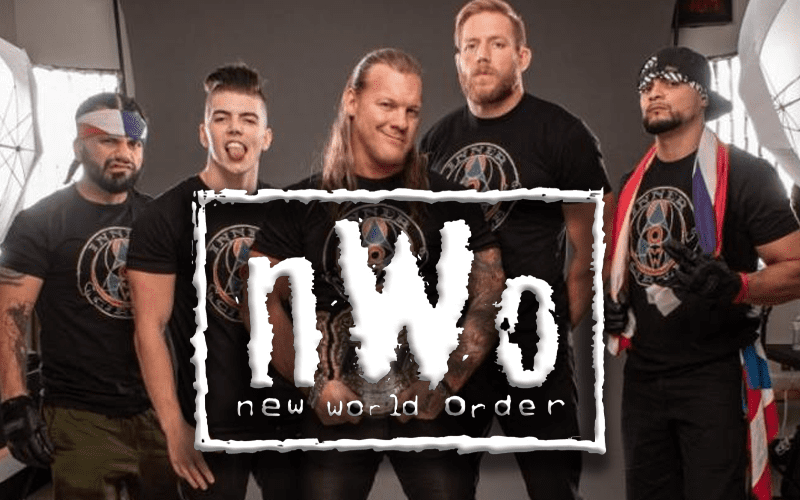 Chris Jericho formed a stable during the debut episode of AEW Dynamite on TNT. This was immediately followed by fans drawing a correlation between what Y2J is doing and what the nWo did over twenty years ago.

During the post Full Gear media scrum, Y2J spoke about this comparison. He said that the Inner Circle is totally different from the nWo. Jericho also had plenty of evidence to back it up, primarily because the Inner Circle is based around his genius.

“The nWo was 22 years ago, but the difference is this, the original nWo was comprised of three, legit main event superstars, guys who had main evented WrestleMania. Inner Circle is based around my genius, my ideas, and already the other four members have become bigger stars than they ever were anywhere else, so that’s the difference.”

“We’re building the Inner Circle right off the bat and week one we had the hottest faction, possibly in the history of the business, and people didn’t even know who these guys were. Now they know who they are. Give us another two, three, four months and there’s no doubt in my mind we will go down as the great faction in wrestling history.”

The Inner Circle could always grow in numbers. Chris Jericho teased going after the AEW Women’s World Title and that would require them to adopt a female into their ranks. This could be a very interesting situation and Jericho might already have his eye on some women who could be a good fit.

As far as comparing AEW’s Inner Circle to WCW’s nWo faction, it might be a stretch. There are always going to be similarities between any faction, but AEW is going to continue to do something different which is their goal.