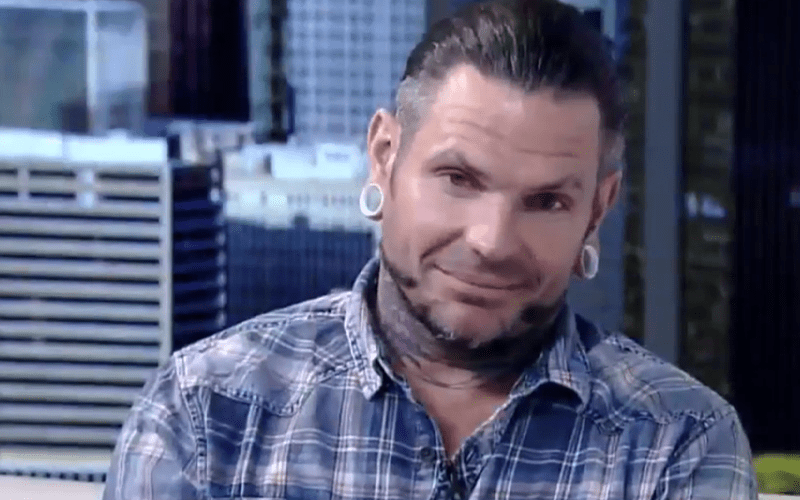 Jeff Hardy was arrested on October 3rd for driving while impaired. The story is pretty complicated because he also had a busted nose that he said he got from a fight with his wife.

A Hardy family feud seemed to start between Jeff’s wife Beth and Matt’s wife Reby. Apparently, Jeff’s wife didn’t appreciate some of the stories getting to the tabloids. Now Jeff is set to go to court and see how this situation will treat him in a legal sense.

PW Insider reports that Jeff Hardy is set to appear in court on Thursday morning. He will face charges of driving while impaired. He was also driving on a revoked license.

Jeff Hardy was slated to appear at the Ringside Fest event in New York last weekend. He had to pull out of the event to supposedly focus on his upcoming trial. At this time, Hardy is still recovering from knee reconstruction and the timing of his WWE return is unclear.