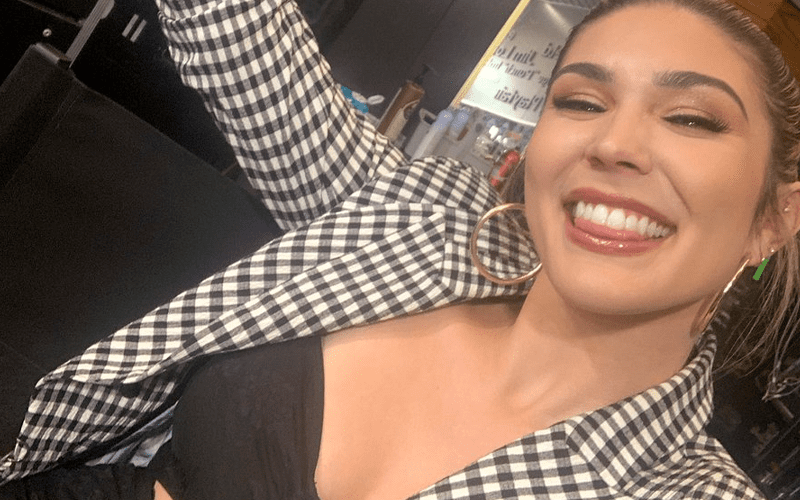 WWE Superstars couldn’t make it back from Saudi Arabia in time, so they called a bunch of NXT Superstars up. The plane from Orlando to Buffalo had to have been crowded because they brought a lot of people.

Cathy Kelley made the trip which meant she also appeared on SmackDown on FOX. This was a big moment for her and she was obviously very happy about this as she tweeted out:

raise your hand if you made your #SmackdownOnFOX debut

She included a picture of herself smiling big while raising her hand. It was a big night for Cathy Kelley. She splits her time between NXT and WWE Backstage, but there’s always time to appear on FOX as well.