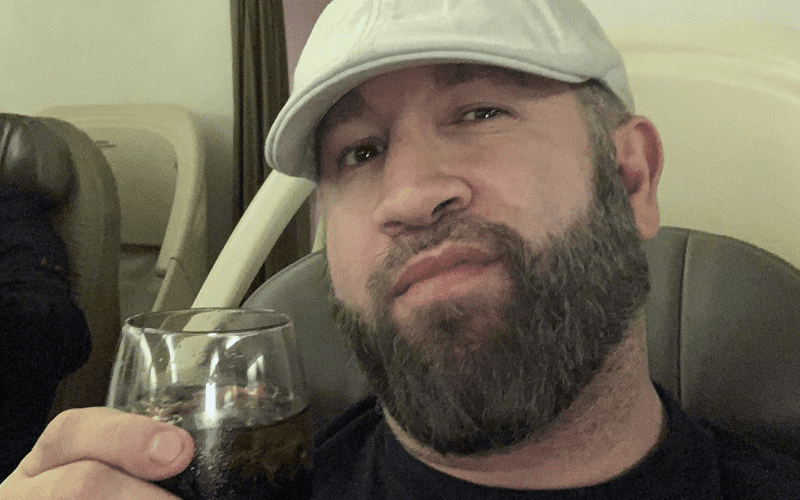 WWE brought their Superstars to Saudi Arabia for WWE Crown Jewel. It was a historic event, but they were unable to make it back in time for SmackDown. Now it looks like everyone else is in the air and headed back.

Click here for our complete WWE SmackDown results. It was certainly a crazy night.

Shane Helms updated fans with a picture from what appears to be an airplane. It looks like he’s seated on a flight as he holds up what we can only assume is a non-alcoholic beverage since the plane landed in Saudi Arabia.

Here’s to a great group of people that made the best of an usual situation. Time to fly!

This could have been a much worse situation than it turned out to be. Fans were worried for a bit and we’re likely to hear the whole story soon enough. In the meantime, we’re just glad that everyone is headed back.

We previously reported that Kofi Kingston and the rest of the Superstars who chartered the first flight arrived in the United States just before SmackDown concluded.