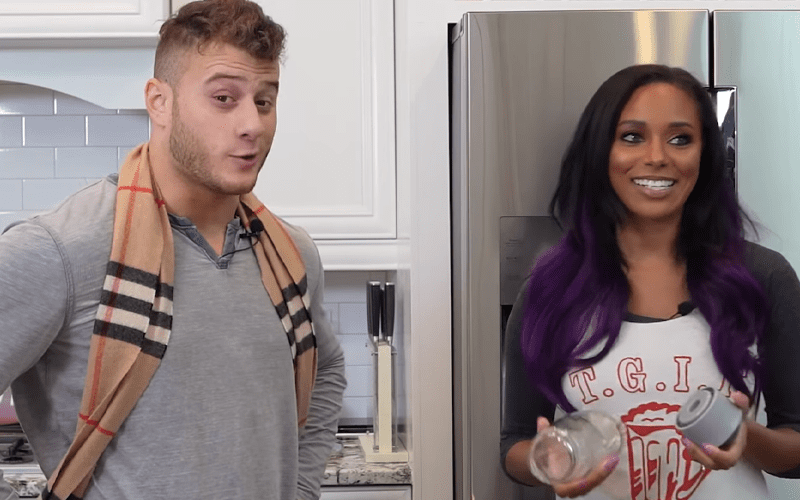 MJF is having a great time on the road with AEW. He’s not afraid to shade fans looking for selfies, but it also sounds like he’s having plenty of fun with females in the cities they visit.

AEW recently uploaded a new episode of “Shot Of Brandi” and she had MJF on as her special guest. Things escalated quickly with those two on screen.

Brandi Rhodes asked MJF if he has a girlfriend in Long Island. He said that he doesn’t — he has several. Then he said that it would be nice to get one girl so he doesn’t have to keep banging so many rats on the road. It should be noted that they bleeped out the word “rat” and pretty much anything else he said that had a sexual connotation from that point on.

MJF then proceeded to explain that there are two types of rats, but it kept bleeping him. Brandi advised him to pick another word to use because people will think he’s saying bitch. “I’m not saying bitch, I’m saying rat,” MJF replied.

Brandi had a tough time controlling MJF as he then explained the two different type of rats. It was very difficult to understand anything he was trying to say because every other word was bleeped.

They moved on and made some stuffed mushrooms. MJF said he doesn’t really drink, but he kept nursing the “very strong” margarita that Brandi made him. That seemed to keep things entertaining as well. This resulted in MJF showing off his Stewie Griffin impression skills at the 11:33 mark.

MJF’s mood seemed to lighten up considerably the more he kept drinking. He also doesn’t understand why people say he looks and sounds like Seth Rogan.