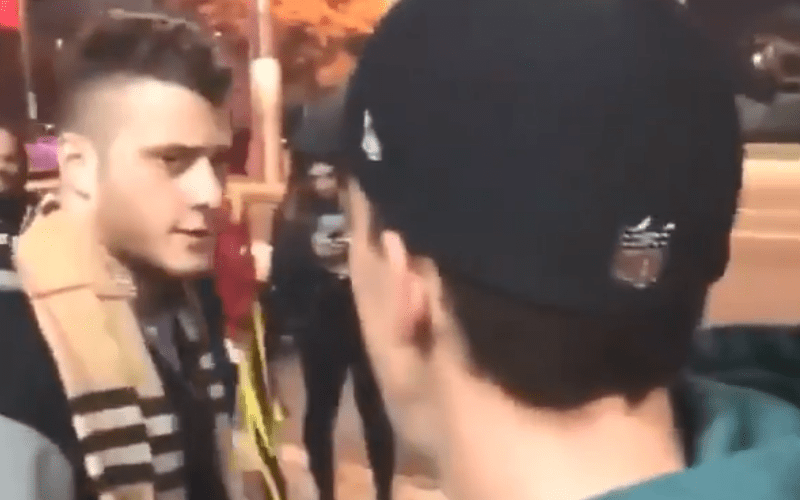 MJF isn’t playing when he says that he’s better than you. He recently proved that on the sidewalk in front of AEW fans who gathered to see the stars exit the building.

Friedman didn’t say a word as he stopped for a second with one fan who snapped a picture without asking. Then this brave fan moved in for a selfie, but MJF just knocked the hat off this fan’s head instead.

As The Salt Of The Earth kept walking, the fans loved his heel antics and cheered him loudly. MJF threw a finger in the air to let them know that he is better than them.

There is a reason why MJF’s meet and greet at Starrcast is $149.99 and explicitly says no direct eye contact. He means it too.