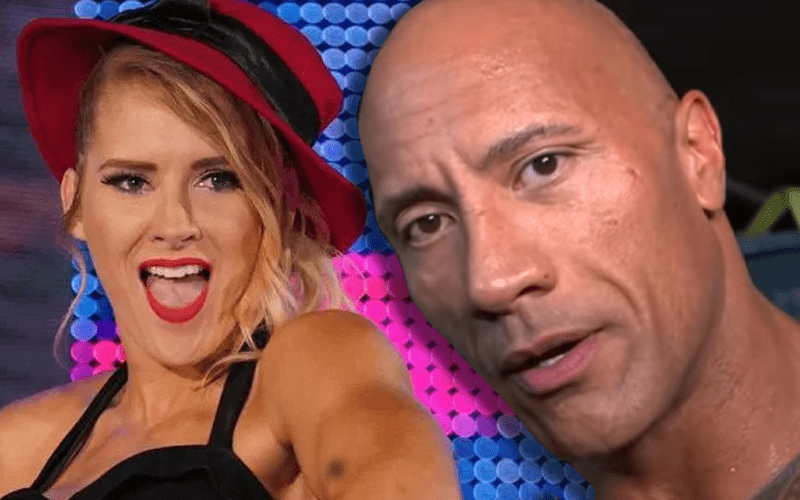 The Rock is respected by most, but Lacey Evans would rather look at herself.

Lacey Evans uploaded a video of herself placing her own 8×10 over a poster of The Rock. Little did she know, but The Great One saw this and he responded.

The Rock also pointed out that this picture was taken during a time when he was a little less than shredded.

Look Tracey, Stacey, whatever.. if you’re gonna picture hack me, at least get an image of your bad ass self covering my entire body as to not leave my cheat meal enhanced midriff exposed. #yourewelcome

This was a pretty great little mention from The Rock. Lacey Evans is getting a lot of attention and this little social media interaction certainly can’t hurt things for the Lady Of WWE.