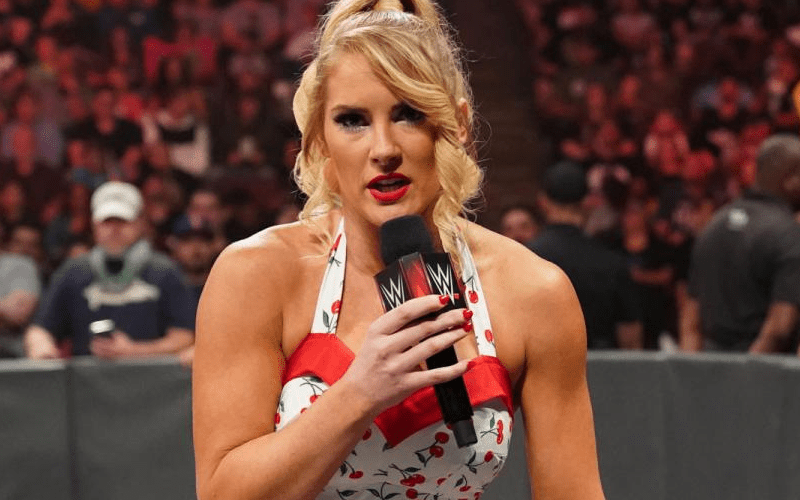 Lacey Evans has received arguably a bigger spotlight than any of the latest crop of NXT call-ups. There is a reason for that, because Vince McMahon sees big things in her.

Evans is a former U.S. Marine and that could benefit them greatly going forward. She is also seen as someone who would be great to send out to do mainstream interviews according to Wrestling News.

Natalya was recently placed to work with Evans to help get Lacey to “the next level.” Vince McMahon still thinks Lacey Evans is a star so he’s obviously getting her ready.

The source reportedly said that Lacey Evans is an “unsung hero of the women’s division,” but a ton of the credit goes to Fit Finlay and the hard work he puts into the division as well.

“She is the unsung hero of the women’s division. Fit [Finlay] deserves so much credit for what he’s done to help the girls but what people don’t know is Nattie has done so much to help so many people. She never asks for anything in return. She will have a job for life as a trainer whenever she decides to retire.”

Lacey Evans is dedicated and she is an incredibly hard worker. She really put things into perspective when revealing that she still lives in a camper and sleeps in her car while on the road. It appears that she will continue to get a spotlight as a part of Friday Night SmackDown on FOX.