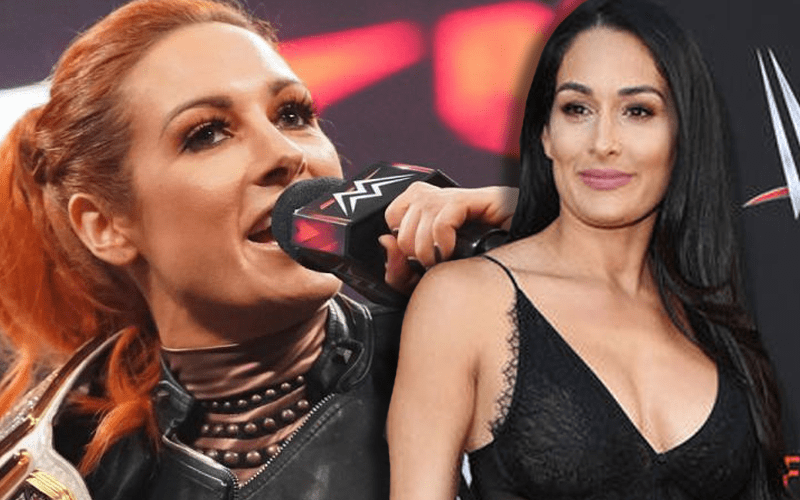 Nikki Bella might not be wrestling anymore, but it never hurts to say that she would beat Becky Lynch if given the chance.

Becky Lynch saw this video and commented about their hypothetical match-up.

Listen to your sister, Nikki. You’re much safer convincing yourself you could beat me, instead of actually trying it.

We will probably never see Nikki Bella make an in-ring return at this point. She was quite vocal about her retirement from competition and her brain cyst as well. It never hurts to wonder what would happen if those two ever did meet in the squared circle.