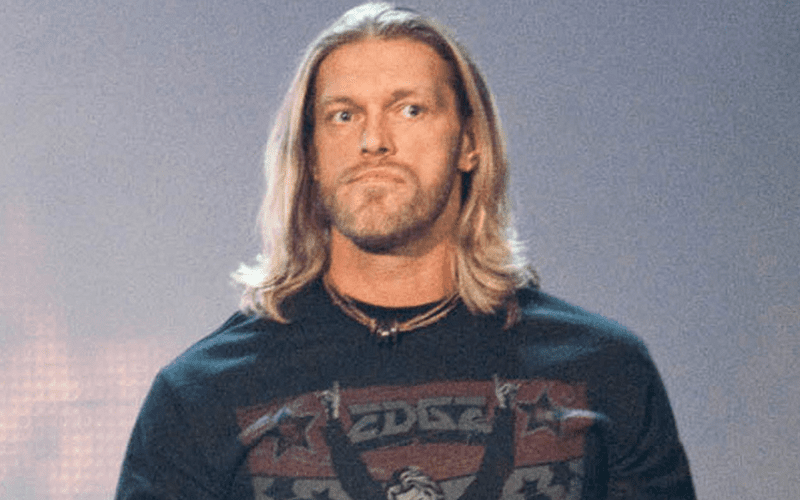 Edge was recently in Pittsburgh on “WWE business.” A lot of people took that to mean that he’s closer to medical clearance than ever because WWE’s head of medical Dr. Maroon works out of that city.

Now it appears that Edge could be coming back to the ring sooner than most would think.

In a tweet translated to English, Ring_Rules reports that “several sources” have confirmed that Edge looks to be replacing Seth Rollins as the captain of Team Hogan at WWE Crown Jewel.

The entry for Crown Jewel was also updated to reflect this on the Arabic website Rinoo.net which is a comprehensive lifestyle website covering Kuwait, Lebanon, and the United Arab Emirates.

Several sources confirm that Edge return from retirement to lead Hulk Hogan in their match against Ric Flair #WWECrownJewel at #موسم_الرياض It was added to Kuwait Directory Rinnoo.net for 31 October

We will have to wait and see if this is made official. Edge denied that he was medically cleared, but that was before he was in Pittsburgh on WWE business.

Hulk Hogan said he has an idea of who can replace Rollins. Let’s just see what WWE is able to pull off.

Update: Obviously, this isn’t what WWE had in mind.