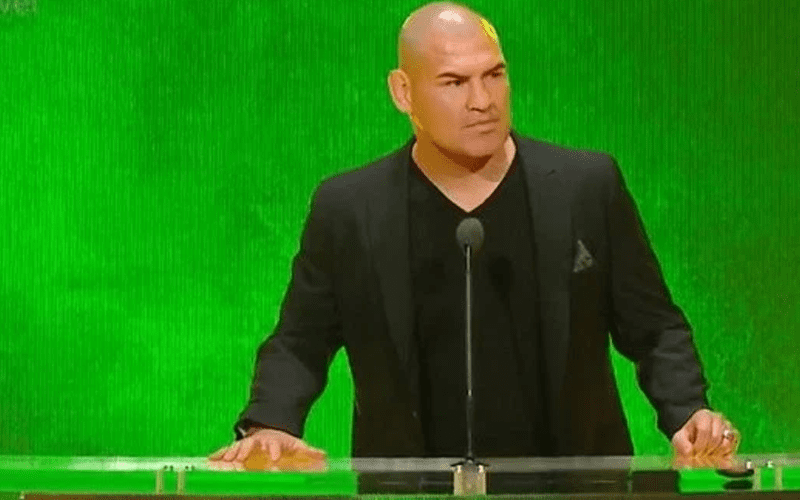 Cain Velasquez signed an extremely lucrative deal with WWE. He is now under contract for multiple years, but it’s unclear exactly how many times he will wrestle. He signed a great deal, but that might not be what he necessarily wants.

The former UFC Heavyweight Champion was talking to every pro wrestling company out there except for CMLL. He started in AAA and Dave Meltzer said on Wrestling Observer Radio that he would rather stick to lucha libre as well, but WWE’s offer was just too good to pass up.

“Out of all the styles of wrestling if Cain Velasquez would do what would be the most fun he would do lucha libre and I’m not putting words in his mouth, he told me that himself.”

“He would do lucha libra and he would love to work for AEW, but the reality is that WWE made him a far better offer. AEW, when they heard the WWE offer they didn’t really make a counter deal. It was like ‘Oh, that’s your offer? Go ahead.’ Obviously AAA would want him, but that’s the advantage that WWE has with their finances they can spend a lot of money. They’ve got the Saudi show where they’ve got that as another big advantage.”

Cain Velasquez will be making a ton of money with WWE and very well could become World Champion in his first match. Let’s just see what WWE has in store for him, but they’re certainly paying enough for his services.