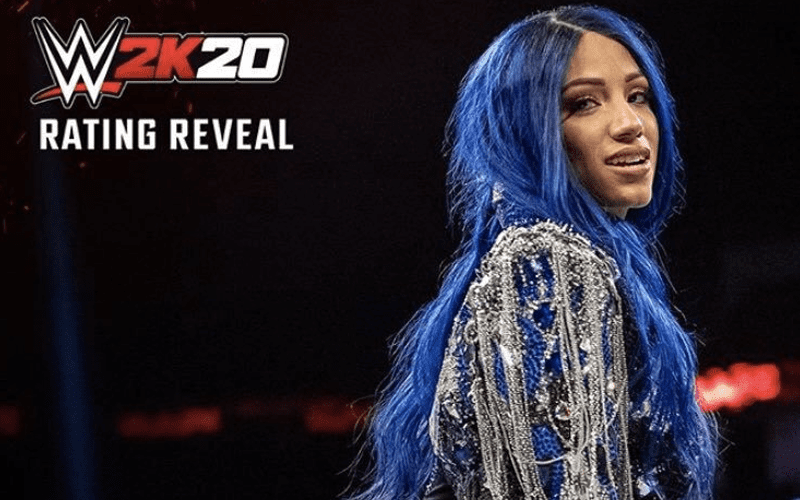 Sasha Banks might be out of action with a tailbone injury, but that won’t keep her from getting on Twitter.

WWE 2K20 drops on October 22nd and they are revealing some Superstar ratings. Ric Flair was rather irritated that Hulk Hogan and Sting scored higher than him.

The Nature Boy’s rating was 90, but The Boss might have something bigger to complain about. Sasha Banks is rated at an 80 on WWE 2K20 and she’s not very happy about it either.

80?!? That’s why I said no to your stupid commercial @WWEgames

We had heard that Banks was working on a commercial for WWE 2K20 during her hiatus, but we haven’t seen it. Apparently, it never happened and this is what Banks is claiming as the reason for such a low rating in this year’s WWE video game.