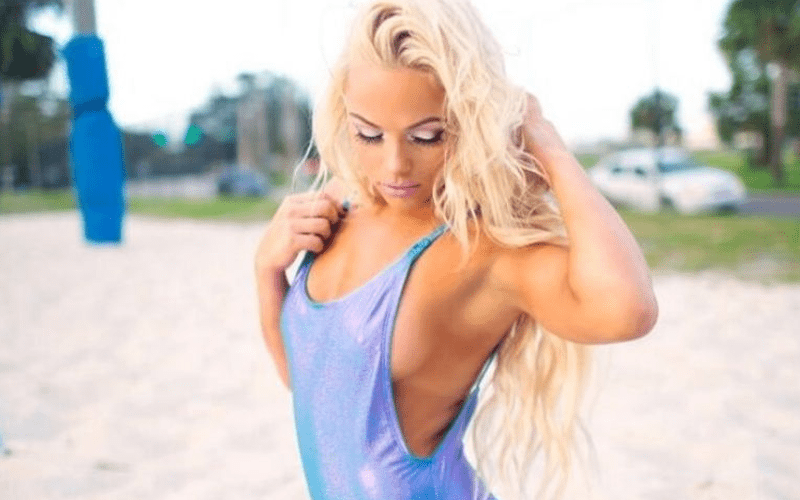 Liv Morgan appeared once on SmackDown and lost a match to Charlotte Flair. She promised that when she comes back she’s going to be real. That might be just what is happening here.

With the WWE Draft coming up on its second night this Monday, Morgan is in the Draft Pool. If she is chosen, then that means we could be seeing a much darker side of Morgan if these tweets are any clue.

The former Riott Squad member sent out several strange tweets in a row on Saturday afternoon that has some fans a little concerned. Others are fascinated to know what she could be hinting at.

Don’t get too close. It’s dark inside. It’s where my demons hide.

Liv Morgan was caught sitting in the rain because it cleansed her. The video is really weird too.

Let’s just see if Liv Morgan’s name is called during the WWE Draft and just how she might change her character up.