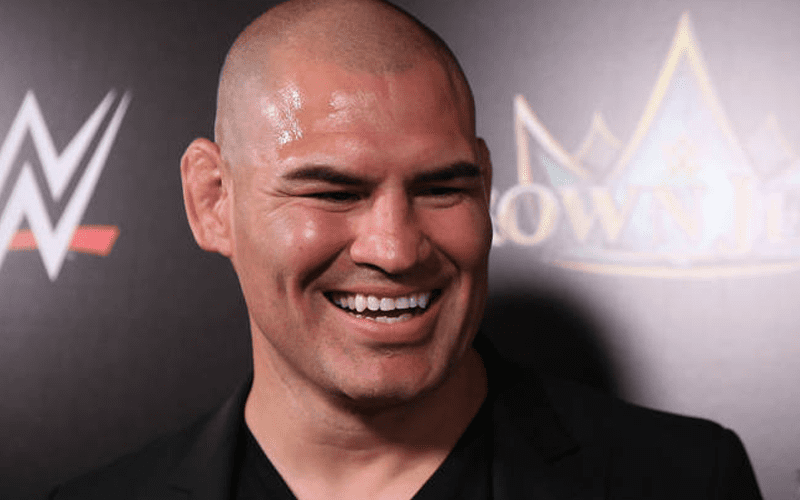 He is trying to avoid getting knee surgery done, but there’s a reason why Velasquez wore a knee brace last week when taking Lesnar down. Dave Meltzer revealed on Wrestling Observer Radio that Cain Velasquez is looking into getting stem cell treatments on his knee to avoid surgery.

This therapy has worked very well in the past and has helped legends like Kurt Angle and current Superstars like Rey Mysterio. It was actually Mr. 6-1-9 and Brian Cage who talked to Velasquez about this controversial, yet helpful treatment.

“Cain may not need, well he’s trying to avoid the knee surgery. I guess it’s probably from Rey [Mysterio] and also Brian Cage — I know he talked to Brian Cage about this as well — they talked to him about the stem cell therapy in Colombia.”

“So the thing I heard is that he’s probably going to do stem cell therapy in Colombia and he’s hopeful that improves his knee so it doesn’t need surgery. So, if that’s the case then he might not be out that long, or may not be out.”

“His knee definitely needs work right now in some form… it’s bad. You know he hasn’t had any surgery since it went out in that match, but it hasn’t gone out in his training for wrestling. It didn’t go out in his two matches. He dives and sh*t, so you know he’s hopeful that he doesn’t get hurt. You know, Lesnar matches are a rough match. A lot rougher than the matches he’s been doing, but you know we’ll see about that.”

Cain Velasquez could do a lot more in WWE if his knee is in better shape. Stem cell treatments do work and have proven successful on many times. Hopefully, Velasquez will be another positive review in the pro wrestling world for pro wrestlers going to Colombia to get something that they can’t get in the USA.