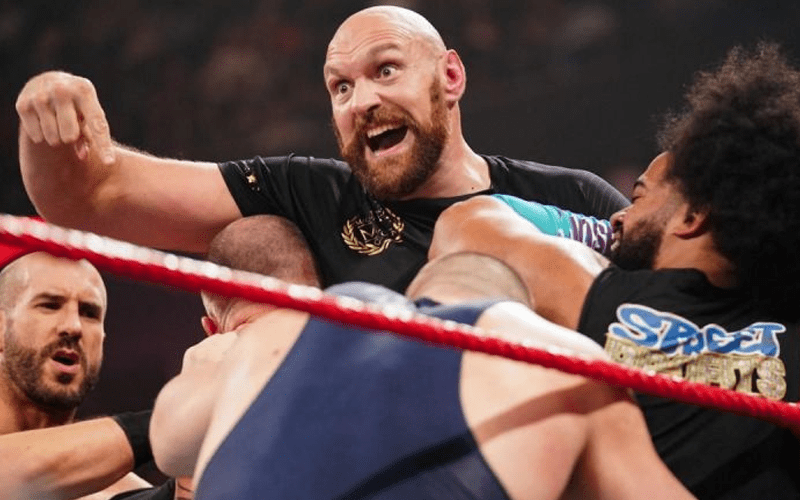 Tyson Fury approached WWE years ago about doing something, but they couldn’t work it out. Now he will wrestle Braun Strowman at WWE Crown Jewel in Saudi Arabia.

Fury is taking this match seriously and since he doesn’t have another fight until February 2020, he is coming to WWE. Dave Meltzer noted on Wrestling Observer Radio that Fury’s match will likely be a one-off which is very different from Cain Velasquez who signed a multi-year contract.

“Tyson Fury for now is a one-match thing. He’s got a fight in February so they asked Tyson Fury and he said, ‘Hey you know what? I don’t have a fight until February, I’ve got some time.’ He’s been in the Performance Center training every day. He’s really, you know, he’s really gung-ho he’s not going to go in there to embarrass himself. You know I mean, I’m not saying he’s gonna have a great match, but he’s working very hard at it.”

Apparently, Tyson Fury is already preparing for his pro wrestling debut at the WWE Performance Center. This is a great sign that we could see a much better pro wrestling match between Braun Strowman and a professional boxer than some fans are expecting.