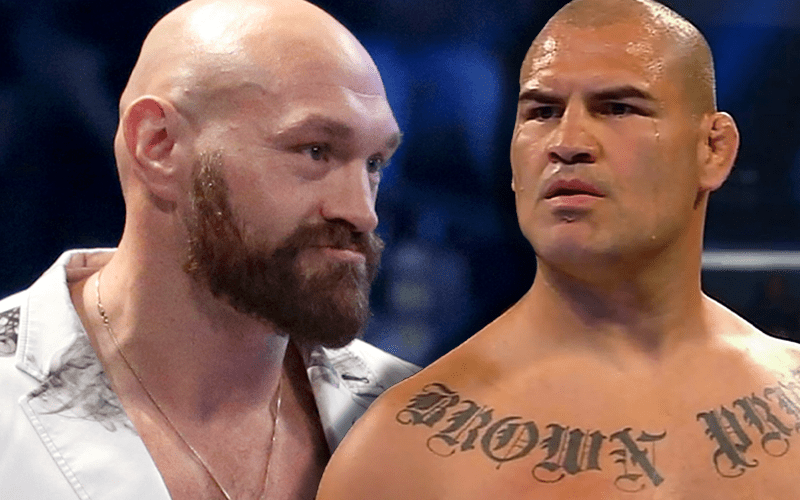 WWE brought Cain Velasquez and Tyson Fury into the picture during the debut episode of Friday Night SmackDown on FOX. This changed the landscape in WWE, but it looks like they were both brought in for one event.

It is highly expected that WWE will announce Tyson Fury and Cain Velasquez’s matches in Las Vegas this Friday. They have a big media event arranged for a reason.

Fightful Select reports that WWE Superstars aren’t too optimistic about these future encounters. That being said, we might see Velasquez and Fury both defeat their Superstar opponents in Saudi Arabia.

The wrestlers we spoke to aren’t optimistic about any pro wrestler’s chances in a match booked against incoming celebrities and athletes.

WWE has a lot of money with this Saudi Arabia deal so they can bring those big matches. It will be interesting to see how things are booked in the end because the WWE Title could very well be in play as Lesnar takes on Velasquez.