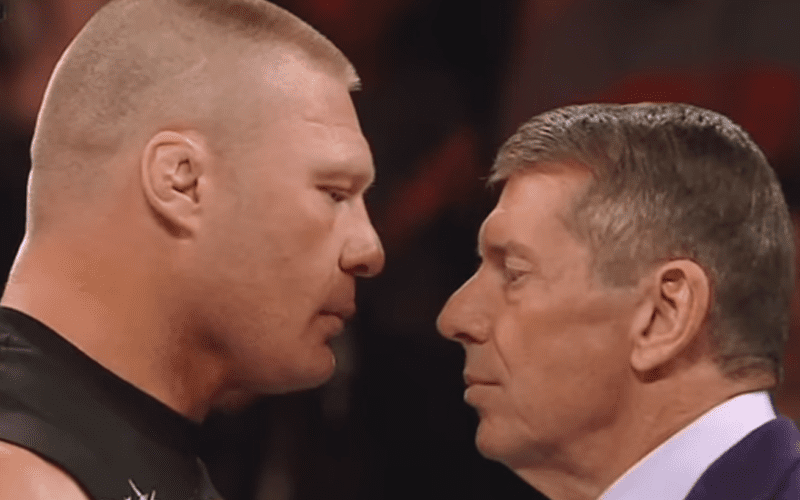 Brock Lesnar has a very fine deal with WWE and it turns out that he also has creative control.

During Wrestling Observer Radio, Dave Meltzer discussed the power that Brock Lesnar has over Vince McMahon. People might hate this fact, but it’s apparently 100% the case.

This means that Lesnar is only losing when he decides he wants to. He can also nix a program before it even gets started.

“Whether he’s a babyface or a heel, Brock’s only going so far for the team. Brock’s not gonna like… when it comes to Brock and Vince, people hate this, but when it comes to Brock and Vince — Brock is the one who calls the shots, not Vince and Brock can get away with anything and people hate hearing that. In the end, it’s still Vince’s company, but Brock isn’t doing anything that Brock doesn’t want to do. Every program, when he loses he wants to lose… every program, that’s just how it is you know it’s an interesting thing.”

This creative control for Brock Lesnar is one of the reasons why Jon Moxley shot about their WrestleMania encounter. There were a lot of very good ideas on the table, but Lesnar nixed them all and just decided to have a typical Brock Lesnar match instead.

We’ll have to see what Brock Lesnar’s next steps are as WWE Champion, but apparently there is at least one Superstar with creative control and it’s the Beast Incarnate.