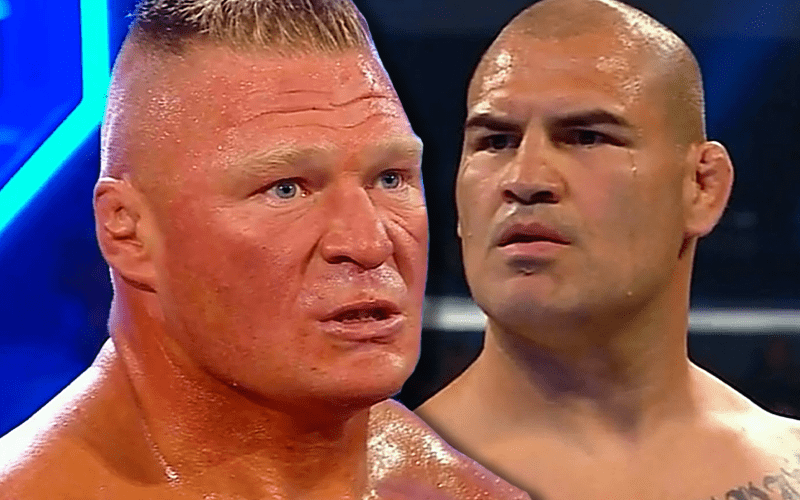 WWE surprised fans twice at the conclusion of Friday Night SmackDown. First, Kofi Kingston lost the WWE Title in record time, and then Cain Velasquez made his WWE debut.

Dave Meltzer reports that WWE has scheduled Brock Lesnar vs Cain Velasquez for WWE Crown Jewel on October 31st. It is reported that WWE is offering huge money for this match.