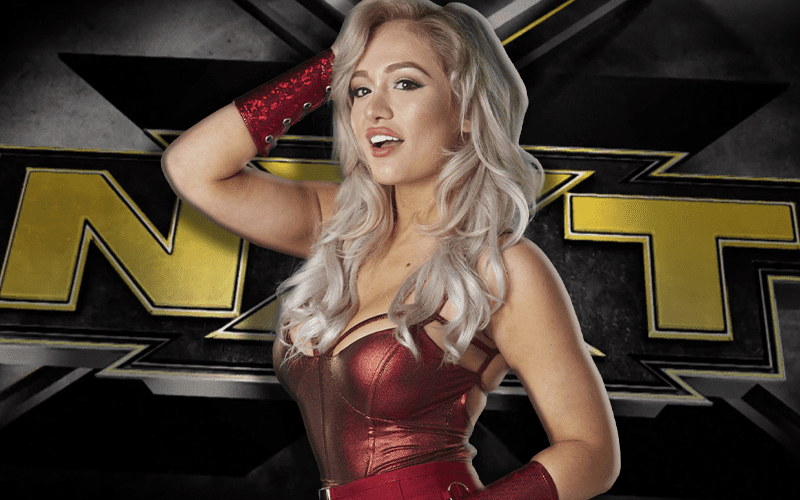 WWE is always looking to add to their ranks and it looks like they’ve got their eye on the Smoke Show.

Scarlett Bordeaux had a WWE tryout recently and Casey Michael reports that she’s been at the WWE Performance Center. That being said, fans should probably expect to see Bordeaux on NXT “very soon.”

Scarlett should be on NXT TV very soon. She’s been at the PC.

This could be a big get for WWE. Bordeaux was released from Impact Wrestling a few months ago. Since then has been obviously preparing for the next step in her career.

In a day and age where indie wrestlers are getting great deals due to the competitive climate, you have to assume Scarlett Bordeaux would get far more anywhere else than she was pulling in with Impact Wrestling.

It was not reported that the Smoke Show has signed a deal yet. It will also be interesting to see if NXT tones down Scarlett Bordeaux’s sultry gimmick or if they keep her as-is.