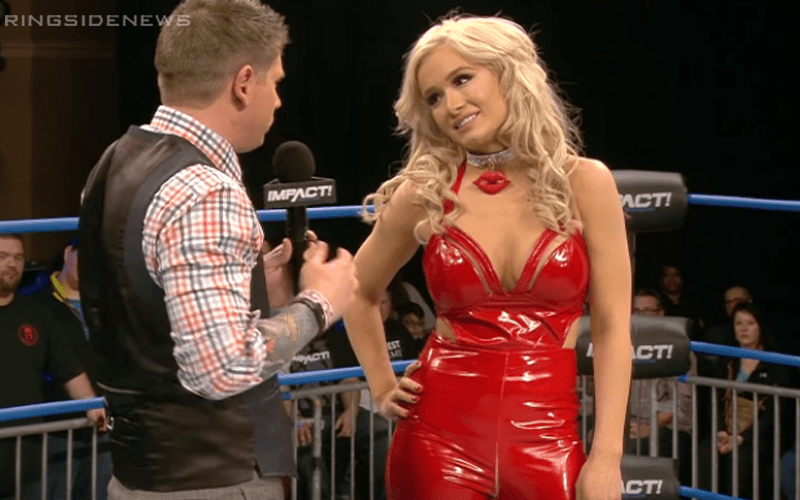 Impact Wrestling has been in the spotlight recently and it’s not been for very good reasons. It’s been called to the IWC’s attention that they aren’t paying their stars much.

This circumstance hit Scarlett Bordeaux pretty hard. On top of being an Impact Wrestling star, The Smoke Show has needed to maintain a full-time job and she lives at home with her mother too.

IMPACT Wrestling confirms that it has released Scarlett Bordeaux from her commitments to IMPACT. We wish her every success in her future endeavours.

This is not the end of Scarlett Bordeaux’s story in pro wrestling by a long-shot. She is still getting indie dates and now it appears that she can start talking to other companies soon as well.