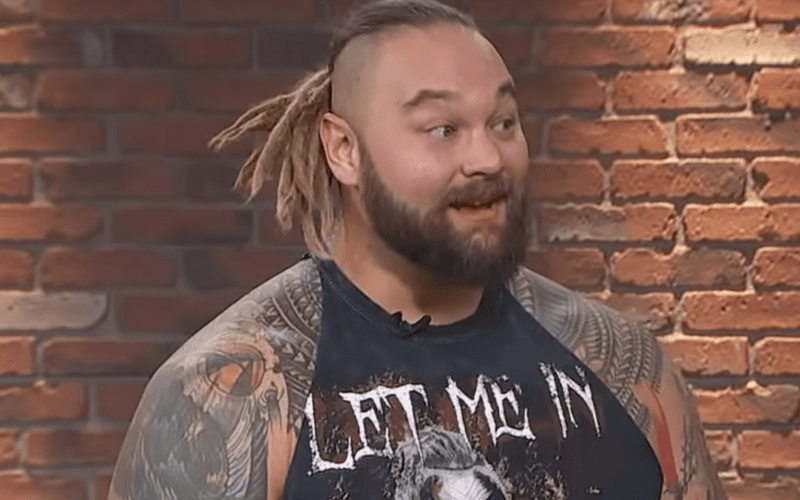 Bray Wyatt is facing Seth Rollins at Hell In A Cell. The Fiend is showing up this Sunday, but Wyatt’s cheerful demeanor is making all of the local Sacramento media rounds.

The Firefly Fun House host showed up and did the weather and he had a blast. Then he stopped by and thrilled the folks at Good Day Sacramento. This was followed by his next stop at Fox 40 which is where we find Wyatt in this video.

He kept a cheerful face while speaking about the brutality that will take place at Hell In A Cell. The laughter kept coming as Wyatt discussed the terrible things that will happen to Seth Rollins. The Fiend didn’t show up, but “Fun House Bray Wyatt” did.

Wyatt said The Fiend is brave and tough and mean and strong, just like he wishes he could be. He just wants everyone to love him and then he called the Firefly Fun House which is a special place where no one can hurt you.

It is very impressive how Bray Wyatt is staying in character during all of these media appearances. Obviously, the marketing is getting attention. Let’s just see if it will encourage people to buy tickets to Hell In A Cell.