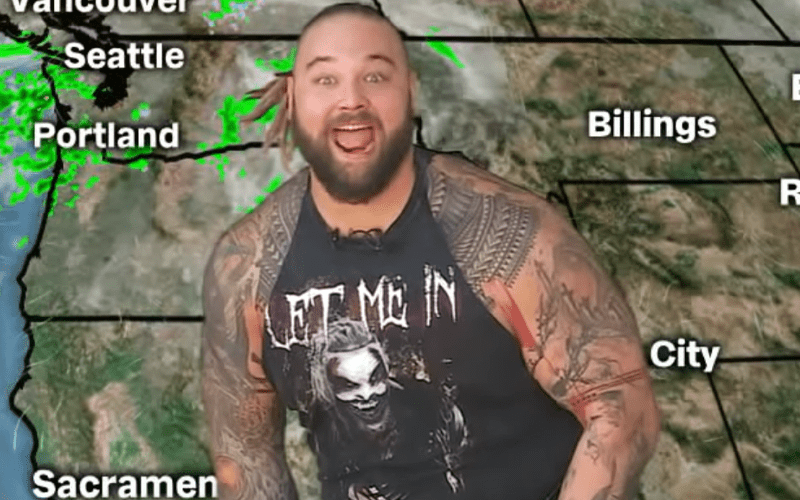 Bray Wyatt is having a lot of fun with his new character and he’s getting in on some pretty fun activities as well, like taking part in a weather report.

Wyatt delighted fans as he stayed in character the entire time on Good Day Sacramento. Then he stopped by FOX 40 to help forecast the weather.

As you can see from the video below, people don’t quite know how to take Bray Wyatt’s infectious happiness, but they love having him around.

He also made sure to get plenty of plugs in for Hell In A Cell. Hopefully, this promotional work from Wyatt will help sell some tickets because WWE has not been performing well at all for the event.

He has a knack at calling the weather too so perhaps he has a second career waiting for him in local news if he so chooses.