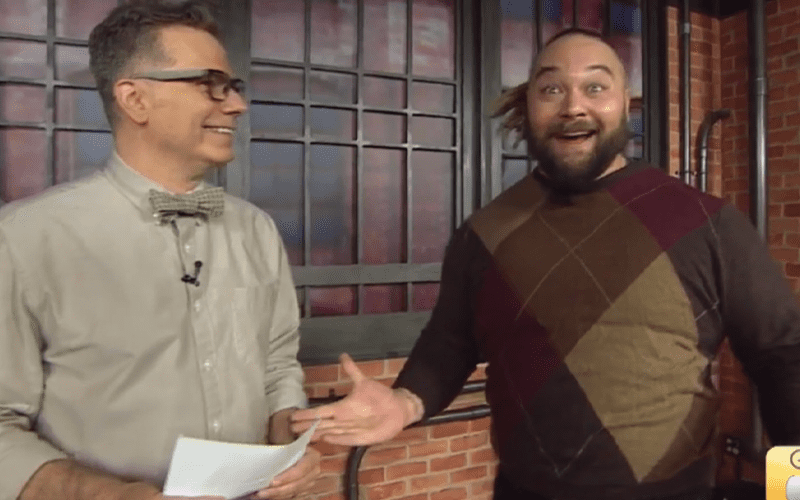 Bray Wyatt will have an opportunity to become WWE Universal Champion at Hell In A Cell this Sunday. The event takes place at Sacramento’s Golden 1 Center and Wyatt stopped by Good Day Sacramento to bring a little taste of the Firefly Fun House.

While remaining in character the entire time, Wyatt thrilled the hosts of Good Day Sacramento. Wyatt said he was doing “super duper” as the Firefly Fun House music played throughout his entire interview. He said his Firefly Fun House friends didn’t get an invite and they’re upset, but that didn’t take the smile off of his face.

When Wyatt was asked what Hell In A Cell is, he happily replied: “It’s this big horrible structure that we do combat in.”

He was asked about his fireflies and said that “it’s good to have friends.” He can do anything with the support of his fireflies. It’s The Fiend taking on Seth Rollins this Sunday and Wyatt is nervous “because I don’t know what he’s going to do.”

The hosting team tagged in an out during the entire interview as well. It was quite an amusing time.

This was certainly an unconventional interview, that’s for sure.