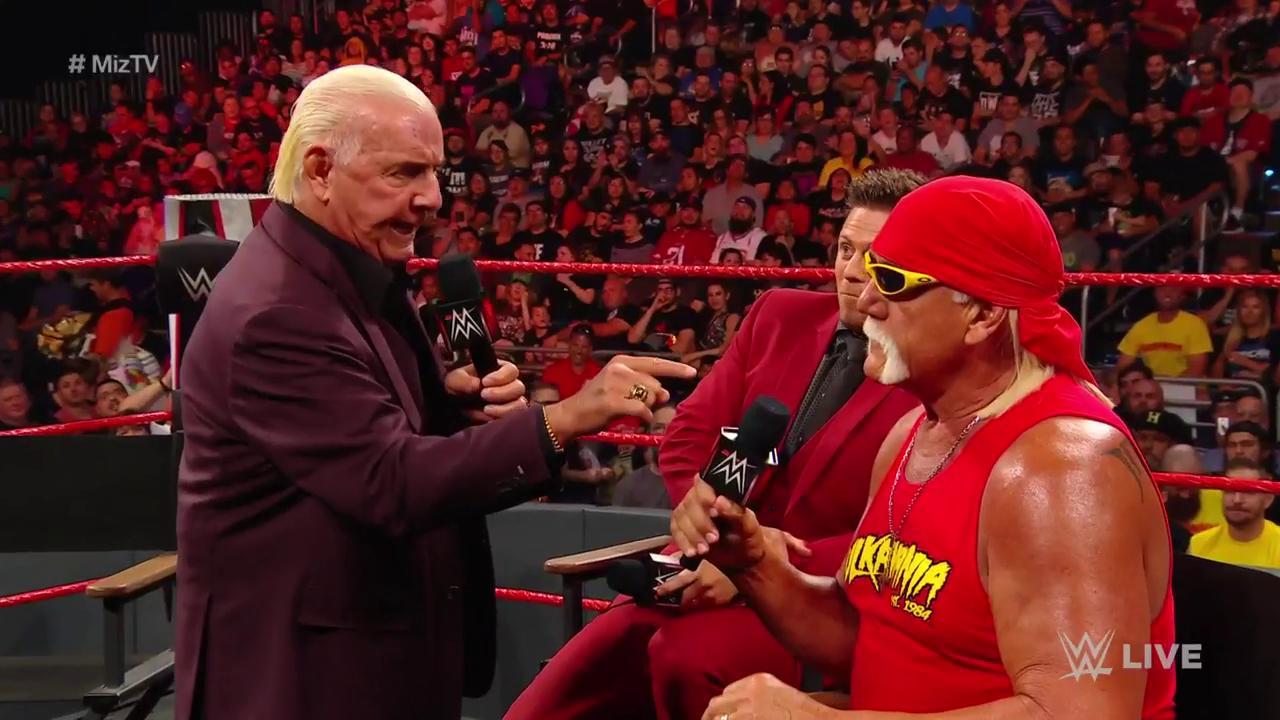 WWE held their big season premiere and they loaded the show from start to finish. This included a big win and this is your official spoiler warning in case you aren’t wanting to know what happened.

During Miz TV this week, Hulk Hogan and Ric Flair were his guests and they teased having a match. Flair said he wants a paycheck with as many zeros as Hogan.

Then Miz announced a match for WWE Crown Jewel on October 31st. It will be Team Hogan vs Team Flair. It will be five vs five and the legends will be at ringside as coaches.