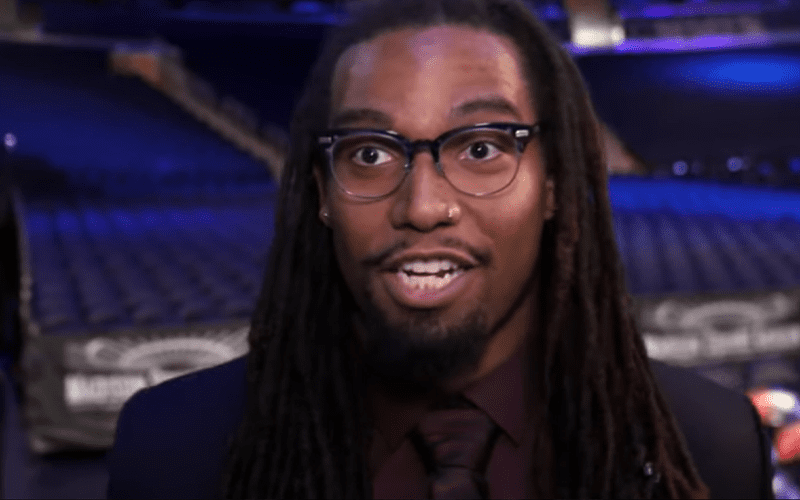 Dio Maddin used to be called Brennan Williams when he was busting heads as an NFL player, but now he is an announcer for the longest running weekly episodic show in television history.

WWE put out a little feature on Dio Maddin and he was pleasantly surprised how quickly everything has come together for him. He wasn’t expecting any of this, but he is obviously thrilled it is happening. This video cut off as he was making his 205 Live debut, but the rest of the story is pretty great.

We previously reported that Dio Maddin is a Paul Heyman guy. Maddin was brought to 205 Live to cut his teeth on commentary before being moved over to the red brand.

Dio Maddin said that he was prepared to wrestle in NXT Largo, but WWE had other plans for him. He made his big 205 Live debut at Madison Square Garden.

It didn’t take very long until it was announced that Maddin is a commentator on Monday Night Raw. This came very suddenly, but that’s the way things are sometimes in WWE.