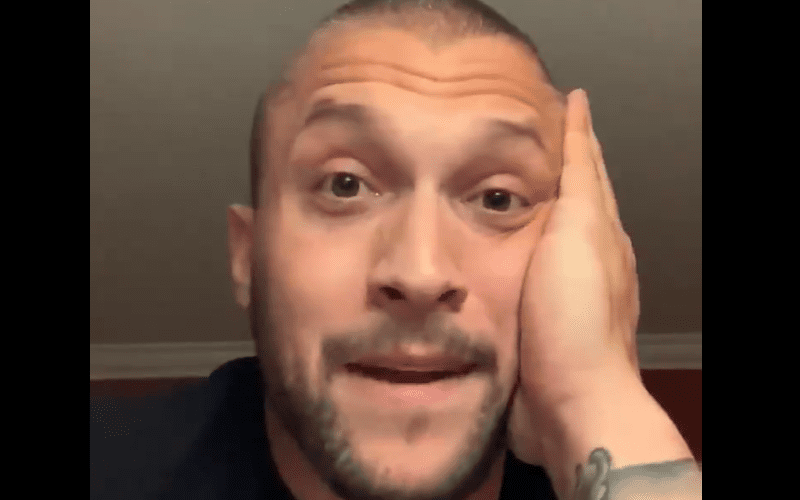 Killer Kross is not appearing for Impact Wrestling, but the circumstances surrounding his current deal with the company is a big matter of contention.

He hasn’t been used since Slammiversary where it is said he got backstage heat for refusing to blade during a match. Impact Wrestling then had to get blood capsules since Kross reportedly wouldn’t blade. To be fair, there were no blood tests required, nor were there any EMTs present at the event.

Kross reacted to a fan who sent him an article explaining Impact Wrestling’s side of the story. He suggested that nobody should read it because “it’s not worth anyone’s time.”

He went on to say that he was not making $40,000 a year with Impact Wrestling during his first year. “I’m not on some sort of salary,” he said.

He went on to comment about how it’s not all about money and sometimes it’s about principals.

You can check out Killer Kross’ statement on the matter below. It seems like he could be patiently waiting on his contract to expire. As we previously noted, Kross’ Impact Wrestling contract is expected to end in December, but there is an option to extend it for another year.