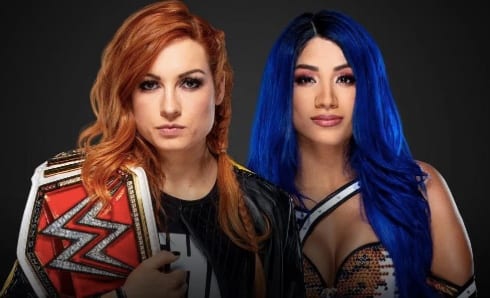 As seen on Sky Bet, the betting odds for Becky Lynch vs Sasha Banks at WWE Hell in a Cell have been released.

Becky and Sasha put on a solid showing at Clash of Champions, but the questionable ending to the match certainly left a lot of fans wanting more. Thankfully for them, they’re going to get more when the two Four Horsewomen members square off inside Hell in a Cell.

Banks has done a decent enough job of building herself up to be the next big heel in the women’s division, but Becky is still considered to be one of the most over members of the main roster.

Banks hasn’t quite lit the wrestling world on fire as much as fans were anticipating when she first made her return to the squared circle, but even with that being the case, she certainly deserves a chance to have an extended run with the belt.

Lynch can easily build herself back up with a series of good wins, and if anyone is going to come back against the odds and get an unlikely win at Hell in a Cell, it’s going to be The Man.

Aside from all of that, though, fans can rest easy knowing that these two women are going to put on a wrestling clinic.