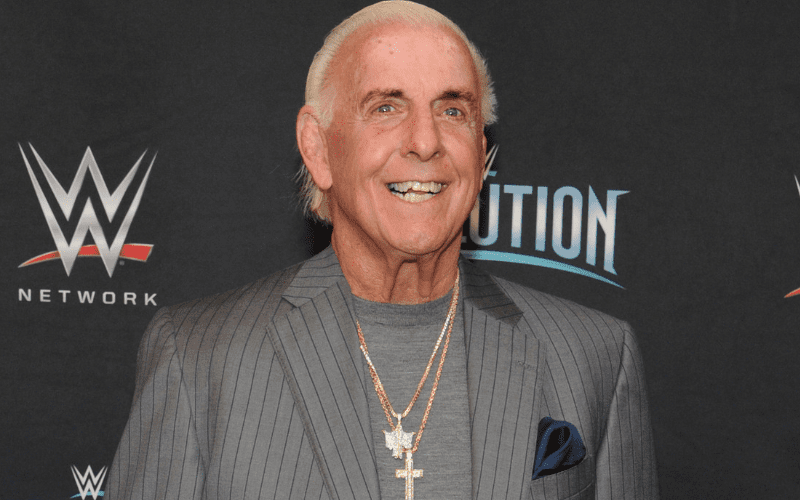 Ric Flair and WWE haven’t been getting along in the best way recently. The Nature Boy has still appeared on television and he is still booked for SmackDown’s big 20th Anniversary celebration on October 4th, but he’s not happy about the company stiffing him.

Flair has been using “The Man” since the 1970’s and when Becky Lynch started using it, Naitch was under the impression that they would work out a monetary agreement. Nothing happened and Flair wasn’t paid.

Now Flair is threatening legal action against WWE if he doesn’t get some kind of money for them using his moniker.

During Wrestling Observer Radio, Dave Meltzer brought up how AEW is going to produce programming from Chris Jericho’s Rock n Wrestling Rager At Sea. This is a huge rub for Jericho’s sold-out cruise, but Ric Flair is also booked for that voyage.

Then Meltzer noted that nobody knows what kind of situation Ric Flair and WWE will be in January when the Jericho Cruise rolls around. This means that The Nature Boy could very well appear on camera if the circumstances are correct.

“Who knows what Ric Flair’s relationship is going to be like in January next year. I think Ric’s contract with WWE is up at the end of the year, so.”

Meltzer also noted that “I could be wrong about this,” but he seems to think that Ric Flair’s time with WWE is ticking down if they can’t come to another agreement.

This could be a very interesting situation, because Ric Flair has appeared for competing companies to WWE in the past.