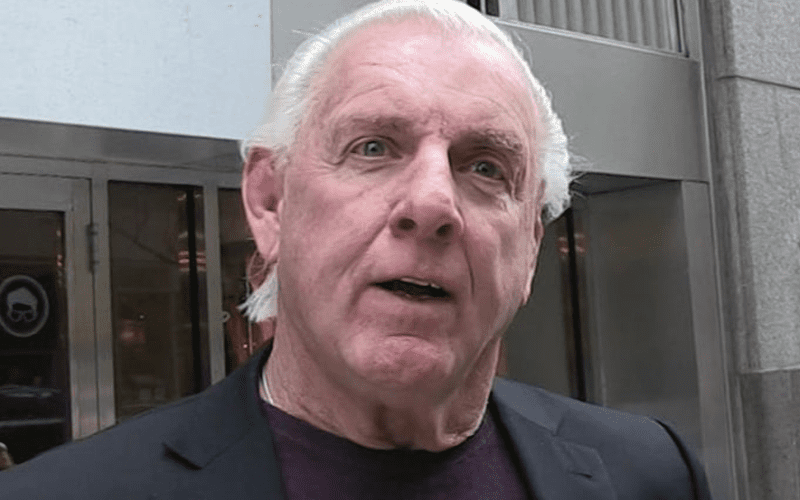 There are a lot of people who would like to claim that they are “The Man,” but Ric Flair is willing to take WWE to court over it.

We previously reported that Ric Flair was pretty hot after a WWE attorney told him he had no claim on usage of “The Man.” This is something that Ric Flair believes is his because he’s been using it since the 1970’s.

WWE and Flair had apparently worked something out so they could use “The Man” for Becky Lynch. Then Vince McMahon’s company didn’t pay up.

Flair threatened to take WWE to court if they couldn’t figure out some kind of financial arrangement. The Nature Boy sounds quite serious about it too, but he’s still willing to appear for the company in the meantime.

The two-time WWE Hall Of Famer is currently scheduled for the October 4th debut of SmackDown on Fox. As of this point, he is still scheduled to be on that show.

We had heard a rumor that he pulled out of the appearance amidst the controversy surrounding “The Man,” but he is still scheduled to be Stylin’ and Profilin’ in Los Angeles’ Staples Center as SmackDown makes their Friday night debut on Fox.