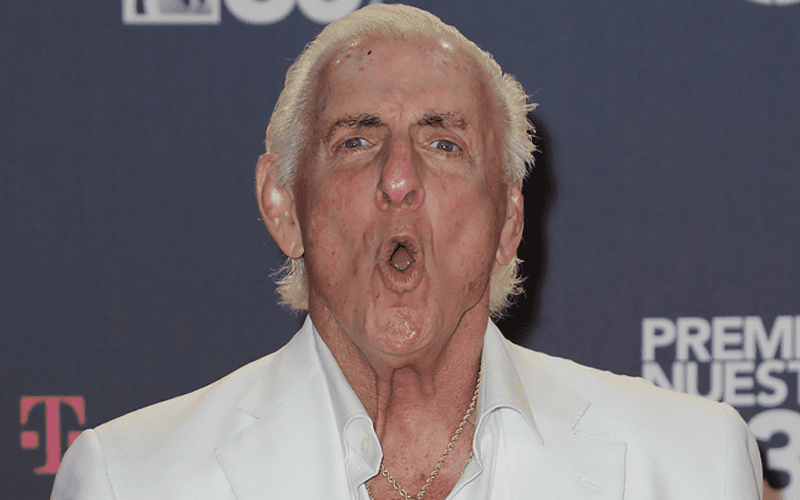 It looks like Becky Lynch calling herself ‘The Man’ has resulted in much more controversy than we expected at first.

Some feminists had an issue with Becky Lynch’s new persona, but apparently so did Ric Flair because he’s been using the moniker since the 1970’s. His autobiography is even called “To Be The Man…” Now he wants paid.

We previously reported that Ric Flair had filed a copyright claim on “The Man.” He is very serious about it as well.

This came a week after Becky Lynch started a one-sided Twitter confrontation with Taylor Swift after her use of “The Man” name. Ric Flair joined the conversation and now it’s serious business.

TMZ reports that Flair was trying to be cool about it with WWE and they had an agreement worked out where he would get paid for Becky Lynch’s “The Man” merchandising, but the checks never came.

Ric tells TMZ Sports … he was trying to work out an amicable, private agreement with WWE where they would pay him to allow Becky to continue to use the name, but WWE blew him off.

Apparently, Ric Flair filing a copyright claim on “The Man” upset WWE a little bit as well. This has nothing to do with Becky Lynch, it’s just business. So, there are no hard feelings between The Man and The Man right now.

If they can’t work something out where he will get paid then Flair is willing to “pursue legal action.”

It is reported that Flair “escalated the situation to WWE executive, Triple H,” but they still couldn’t figure something out. This is when Ric Flair filed for a trademark on August 26th with the U.S. Patent and Trademark Office.