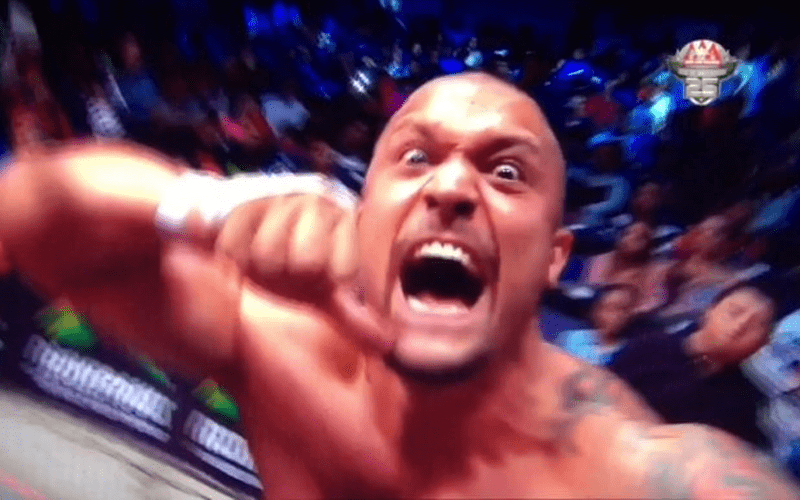 Killer Kross has yet to receive his release from Impact Wrestling, but it’s not for lack of trying.

Impact Wrestling offered a deal with Killer Kross, but it was for $40,000. The schedule was limited, but it wasn’t what Kross wanted at all.

Killer Kross was involved in a first blood match at Slammiversary, but he did not blade during his loss. It was reported that Impact Wrestling wasn’t very happy about this either and he had heat for not blading.

The Wrestling Observer Newsletter reports that “a lot” of wrestlers from Impact Wrestling were unhappy with this situation. Killer Kross is well-liked and they wanted to speak with Ed Nordholm, but he wasn’t at the tapings. This entire situation has caused even more heat with Impact Wrestling’s management.

A lot of the talent is not happy because Kross is very popular, enough that some talent wanted to go to Ed Nordholm about it but Nordholm wasn’t at the tapings. Those in charge were upset at Kross with the belief all the negative stories came from him about the situation and there are disparagement clauses in the contracts.

It’s not clear if Killer Kross would go to WWE, NJPW, AEW, or any number of places, but he can’t really get the ball rolling until Impact Wrestling lets him go.