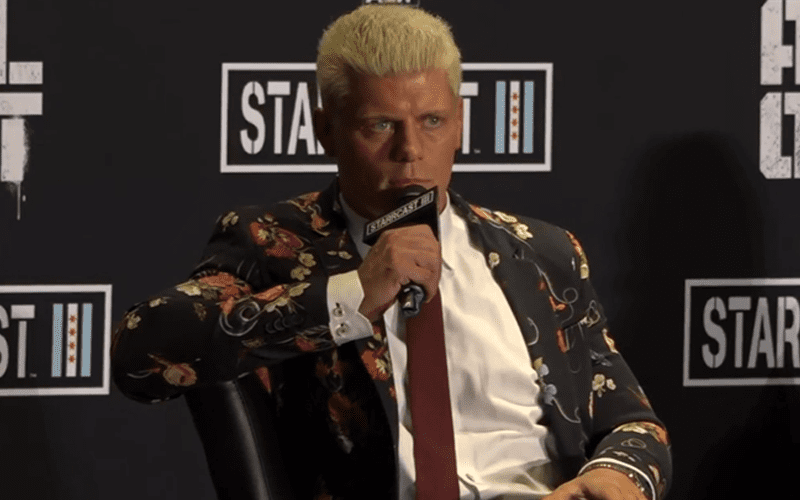 Cody Rhodes is an Executive Vice President with AEW, but that doesn’t mean he knows all of the right moves straight away.

During his live show at Starrcast III, Cody Rhodes revealed that he has learned a lot so far by being an EVP of AEW. One important thing he had to realize was contract tampering is a real thing.

“It’s fun, it’s so fun. I gotta learn some things. I have a terrible temper apparently, my texting etiquette is awful. There’s a thing called contract tampering, by the way, so I think they’re gonna send me to an executive class, but I’m all about. I’m pumped.”

Tony Schiavone explained that he did some digital material for AEW, but no money was exchanged. This was not Cody’s biggest learning experience.

Rhodes also revealed that he is now off of the AEW belt committee after forgetting that he needed to apply for all uses of the AEW World Title.

Cody almost didn’t secure some important rights that would have given AEW permission to use that title’s likeness in video games, action figures, and other merchandise and broadcast situations. Sometimes you never get better unless you can learn from your mistakes and it looks like Cody is getting more adjusted to his new Executive role every day.