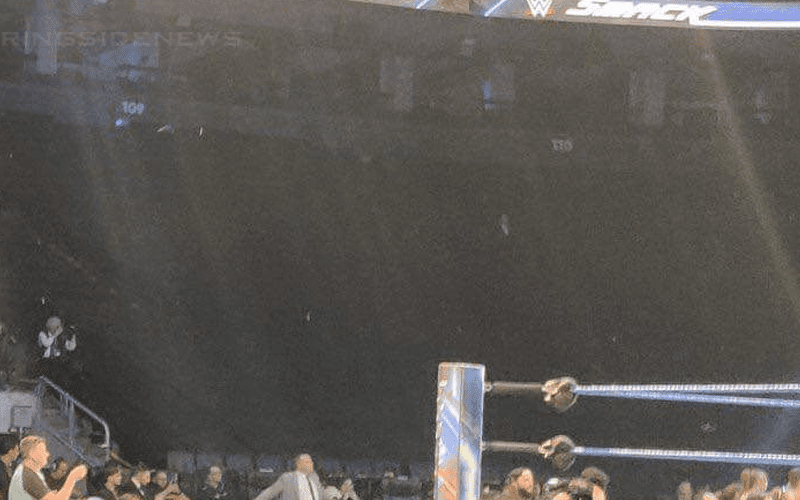 WWE ran their fourth and final show in Toronto tonight and it looks like the fans were about done too. Because not very many of them stuck around.

We previously reported that WWE was trying really hard to sell tickets to every Toronto show that wasn’t Summerslam. That’s why they were running a bundle deal with Toys R Us. Now as you can see, the Superstars are looking at very few people when they actually face the hard camera during SmackDown Live.

Fan pictures from the show are not a good sign at all. As you can see, WWE had to break out the tarps in a big way. Hopefully, this isn’t a sign of more turnouts like this to come, but when you can’t get a crowd to stick around after Summerslam it’s not a very good sign at all.